I think fellow INK writers will relate to this. Do you ever send in what you consider a really good first draft of a manuscript, knowing—fearing is a better word—that your editor is going to focus on a particular story, and tell you that story should probably be cut?

It happens to me, and the more I work with the same great editor at Roaring Brook, the more certain I am ahead of time about the passages she’s going to flag. Even as I’m writing, I can hear her voice in my head: “This is great, but aren’t you veering off the course of the narrative here?” Sometimes I’ll listen to the voice and make preemptive cuts. But not always. Usually I’ll send in a first draft with a couple of beloved bits that veer off course. Even when I know what she’s going to say—and tha 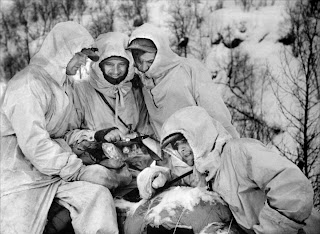 t she’s going to be right when she says it.

Why do I do this? I think it’s just hard to let go of a great story. In my Benedict Arnold book, there was a scene, early in the Revolution, where a bunch of Green Mountain Boys set out to steal some boats so they could cross Lake Champlain to attack Fort Ticonderoga. The Boys go to a Loyalist’s estate and find a nice boat tied up at the waterfront. But then, realizing the place is abandoned, they decide to break into the mansion and see if there’s anything worth stealing. They bust into the living room—and find a lead coffin sitting there. Turns out the Loyalist, Philip Skeene, had married a woman from a rich London family, and the family agreed to continue sending the wife a hefty annuity “whilst she is above ground”—meaning alive, obviously. But when his wife died, Skeene devised a different interpretation, sealing the woman inside this coffin, which locked in the stench of her rotting corpse. Skeene was able to report to London that his wife was very much “above ground,” and her family money kept rolling in. Great business, but my editor was worried it slowed down the more important action of attacking Fort Ti. It did. So we agreed to cut it.

My new book will be WWII thriller about the race to make—and steal—the world’s first atomic bomb. There’s a lot going on, and early drafts threatened to balloon out of control. But still, I couldn’t part with chapter 17, “The Getaway,” possibly my favorite in the book.

In short, the Germans are 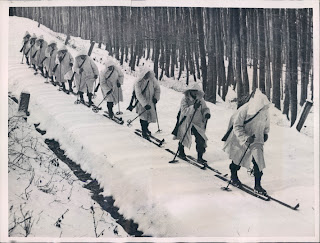 using a cliff-side factory in occupied Norway to make a key component for their atomic bomb project. Ten Norwegian resistance fighters sneak in, blow up key equipment, and ski off into the night. That’s a crucial part of the bomb race story, so it’s in. But next, furious Nazi commanders send out a 10,000-man force to hunt down the saboteurs. In chapter 17, one of the commandoes, Claus Helberg, is spotted by a German patrol. There’s a day-long ski chase, a shootout, and a series of Indiana Jones-style close calls finally leading to Helberg’s capture and one more escape.

It’s incredibly exciting, but while writing the chapter I definitely heard my editor’s voice. As the first draft took shape, I kept putting the chapter in and taking it back out. Finally I put it back in, and sent in the draft. Now it’s back out again. I knew all along it would be. The successful attack on the factory is vital to the story; the post-attack escape is not.

I know, I know. Readers won’t miss stories they never knew were there. And narrative speed is certainly essential, especially when trying to convince kids that history can be as fun to read as any novel. So why is it so painful to let go? I’d be curious to hear any thoughts/advice. And I bet INK writers could make a great book out of favorite stories left out of their books. I’d love to hear a few.

Posted by Steve Sheinkin at 8:19 AM

I find myself leaving out great stories all the time. First I write the whole shebang. Then I find a hook, stick to it, and bag the rest the way I did In John Smith Escapes Again (note the words "escapes again"). Sigh. I love the hooks, but I guess the only hope for all those extras is to write a 400 page book for adults.

See, my solution is to write 400 page books for kids. But then the editors save me from myself...

Writing picture book biographies can be the ultimate test of letting go of those great stories. (I discussed this in my July blog about Write On Mercy: The Secret Life of Mercy Otis Warren.)

Steve: perhaps you could put the chase scene on your website, and in your school talks. In any case, thanks for telling it to us!