Sensibly enough, almost all history books deal with the actual events of the past, and most natural science books concern themselves with the way the world is. There are other perspectives, however . . .

A few years ago I read The Years of Rice and Salt, by Kim Stanley Robinson. It's an alternative world history, based on the (fictional) premise that the Black Death plagues of the Middle Ages killed not a third but virtually the total population of Europe. The peoples of India, China, and North Africa and the Middle East (and, to a lesser extent, the indigenous population of the Americas) are left to compete for world dominance. Robinson imagines how art, science, politics, and religion might have developed without the influence of Western Europe. It's a page-turner, and one that I think any middle school or older reader with an interest in history would enjoy.

I borrowed my blog title from another speculative history book: What If, edited by Robert Cowley. It's a collection of essays by military historians exploring how the world might be different if famous battles or military campaigns of the past had turned out differently. What if Genghis Khan had lived long enough for the Mongols to conquer all of Europe? What if the Allied D-Day invasion had failed? And so on... Again, this makes for fascinating reading. It's an 'adult' book, but I think young readers would be especially interested in looking at history in this unconventional way. 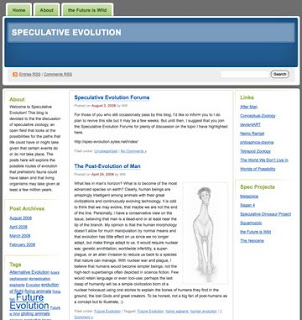 I started thinking about the way this 'might have been' approach can be applied to other subjects when I stumbled on the "Speculative Evolution" blog http://specevolution.wordpress.com/. Here's a description, taken directly from the home page:

This blog is devoted to the the discussion of speculative zoology, an open field that looks at the possibilities for the paths that life could have or might take given that certain events do or do not take place. The posts here will explore the possible routes of evolution that prehistoric fauna could have taken and that living organisms may take given at least a few million years. 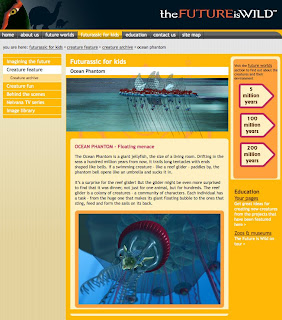 There are links here to other sites and blogs, all of which explore how life might evolve in the future, or how it might have evolved differently had some event happened differently, or not happened at all (what if an asteroid didn't hit the earth 65 million years ago, and the dinosaurs didn't become extinct?). One of these sites, The Future Is Wild http://thefutureiswild.com/, includes an educational section for kids and teachers. Visitors can explore visions of the world in 5 million, 100 million, and 200 million years. 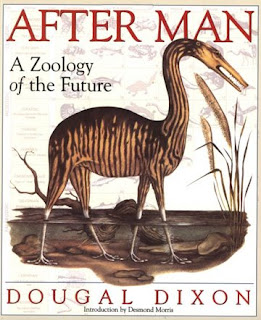 The most extraordinary example of the genre that I've seen is the book Life After Man, by Dougal Dixon. It is an illustrated encyclopedia of future animal life organized by biome. Dixon's detailed descriptions and beautiful, highly detailed illustrations of these animals provide a different way to think about what evolution is, how it works, and where it might lead. Younger children will be engaged by the pictures; older readers by the whole idea of thinking about the future of nature, rather than just its past. 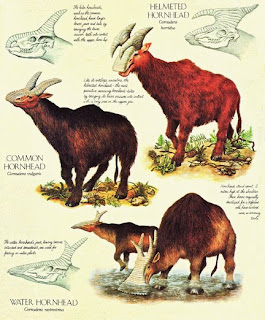