Why Do Books Publish on Tuesdays?


Why do books get published on Tuesdays? I have a book coming out in June, The Boy Who Loved Math, and yes, it's June 25th, a Tuesday. I looked back to when my novel Intentions pubbed--August 14th, a Tuesday. I didn't always know this; in fact I just found it out this past year.  I wish I could remember who told me. But the other day I was talking to Ziki, the man who sticks needles in me to make my back and leg pain go away. We made an appointment for the next week (tomorrow) and I told him that afterwards I would be going to a book party for my friend Marguerite's new book: 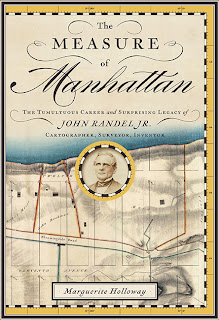 "But it's not a Tuesday," he said. I told him a book party doesn't have to be on the release date--but wait, how did he know that?  He wasn't sure, he just did. He said that albums always had a day to release (he thought Fridays, and maybe it used to be so, but now it seems CDs and DVDs of movies release on Tuesdays, too).

I asked a few people, and no one seemed to know. I posted my question on twitter and got these answers:

Tradition based on coverage in Sunday papers and getting books on shelves is my understanding.

I asked:
Are they reviewed the Sunday before or after.

Before. So that booksellers get to spend Monday explaining why people can't buy the books they just heard about.


Other people chimed in with links:

Probably a less busy day for most stores too. But no one seems to know for sure.


I read all of those (you don't have to) and it still seems to me that no one knows for sure... I asked some friends who are publishers and editors: nope. They didn't know.

And so I started thinking two things:

1. In the old days, I would have called a reference librarian. My old friend from the Doylestown library (where I used to live) would have found out for me, I know that for sure. So I decided to call the New York Public Library. Oops. I waited too long. It's Presidents' Day. Library closed. But it took me almost a week to remember that I used to talk to reference librarians for this sort of thing. Yes, kids, before the Internet. I used to go to the library, go up to the desk and say, "Jan, how do I find out the answer to this question?" And sometimes Jan would just find out for me, and sometimes she would teach me how to fish. I did this for a long time, even after there was The Internet, until it became more or less part of my right hand.

2.Will this change? Whatever is the cause, will Tuesdays as pub dates change if there are more ebooks and fewer bricks and mortar bookstores? Then will people release books willy nilly? Do people who self-publish books follow the Tuesday rule?

I'm really hoping that someone will post here and tell me... Why do books publish on Tuesday? I've just spent so much time on this... as so often happens when one (me) gets stuck on a research treadmill. I just want to know the answer!

Uh oh. Wait a minute. I just looked up Marguerite's book and it officially published YESTERDAY. Which was Monday. According to Amazon. And B & N. Her publisher just says February. Okay, now I'm really confused.
Posted by Deborah Heiligman at 4:30 AM

New movies release on DVD on Tuesday too, & when I worked at a video store that question haunted me too. As a reference librarian myself, I will commit myself to the search for a more definitive answer. Good luck in your hunt for the truth!

I hope you will find out! I'm hoping one answer will rise to the top as THE answer. Of course it does seem to be changing... hoping a publisher will weigh in about whether it will start being more fluid.

I read an article last year that said it's because of the shipping and setting up thing; if a book is released on a Monday, for example, the bookstore would be unpacking the boxes and setting the book out on its release day instead of having it already displayed on that date. I don't know why not Wednesday or another day, except that Tuesday's still early in the week.

First of all, I must point out that this is not universally the case. As I mentioned on Twitter: Only RH and Macmillan have strict Tuesday laydown dates for all titles. Other publishers like Harper and Penguin for example only have strict dates for a few select titles - generally "big" frontlist titles. Some publishers, like Scholastic for example, are the first of the month, whatever day of the week that may be. And some, like Lerner, assign a "pub date" but the real fact is, the book might show up in stores a month early, or just WHENEVER IT COMES.

So why have dates at all, and why are the dates so often Tuesday? I think it is a combo of reasons:

* For big books, they are timing media to coincide with the release week of the book.

* They want to be sure that all retailers have time to get the book in stock, received and on the shelf on the day and before said media hits and before the weekend when the most people shop.

* a laydown date helps ensure a level playing field. It's unfair if a NY bookstore has a book before a Calfornia store, or if Amazon has it for sale before physical bookstores, or whatever -- if NOBODY can sell it before that date, no one retailer will have an advantage over another (theoretically)

* Many NYT reporting stores collate their information on Monday, and can report anytime until Tuesday morning. IF you think your book has a chance of listing, you want to maximize the amount of time it is for sale that week, without the possibility of it bleeding into the week before.

just to throw a little dirt on the fire here, while the PUBLIC sees the book reviews on sunday, booksellers see those reviews as early as the wednesday before (i do at least); the book review is mailed early so we can read the reviews and order accordingly in time for them to be in the store after the review is published.

any bookseller who is ordering on a monday isn't getting that book before thursday.

books didn't always have a tuesday laydown (just as they didn't used to have prices printed on them) but these things solidified in the chains a little over a dozen years ago and may have been in part an effort to make sure they had an agreed upon target date to a national release.

but why tuesday? i think it's just one of those things that evolved. movies didn't always come out on fridays...

Thanks everyone! I think we are closer to the why... now I still wonder is it going to become more and more fluid as publishing evolves even more.

Stephanie Anderson, aka Bookavore, sent this: