Getting Involved with Learning 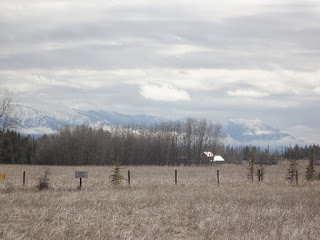 I’m sitting at a table in a condo in Whitefish, MT, not far from the Canadian border, on a writing retreat with two writer buddies, Peggy Christian and Jeanette Ingold. Jeanette writes YA contemporary and historical fiction (most recently “Paper Daughter”, about a Chinese American girl whose internship on a Seattle newspaper launches her into a mystery from the past) , and Peggy has written fiction for young people in the past (“The Bookstore Mouse”) and is now developing a blog (Backwoodsandbeyond.com). 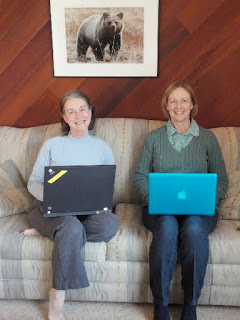 At breakfast we pondered Vicki Cobb’s question for us nonfiction Ink Thinkers—what does our writing bring to the table that’s special, that makes us unique, that enriches the material we write about in a special way? As we talked, I realized that it isn’t just us nonfiction writers who uniquely help ‘educate’ our readers about the world—all good writers do the same thing, perhaps sometimes in different ways.

Historical fiction like Jeanette’s (she always aims to make sure that her information is 100% historically accurate) is a particularly obvious example—when Jeanette drops her characters down into a real situation, such as the terrible firestorm that engulfed the mountain west in 1910, in her book, “The Big Burn,” readers come away with an understanding of this event that’s seared into their memories. The characters may be made-up people, but their experiences of the fire are those of real people who went through that terrible time.

What does my nonfiction book, “Fire: Friend or Foe,” give readers that they couldn’t glean from Jeanette’s story? My work may cover some of the same territory, but it offers a broader view of the role of fire in the world. I can step back from a story like the 1910 fires to provide a greater context for that event, and I can help explain the various factors involved when wildfires rage, as well as provide a modern perspective on that fire’s role in shaping America’s attitudes and policies during the 20th century and into the 21st.

Perhaps historical fiction offers a way for readers to become more personally involved in a topic they are learning about. In a way, they are participating in the event, and personal involvement helps integrate information into our brains. A student might read “The Big Burn” and become intensely curious about wildfire, then turn to “Fire: Friend or Foe” for more information. It’s great the way fiction and nonfiction can complement each other.

As we discussed this issue, Peggy commented that when their family lived in New Zealand for three years, her sons were taught science totally experientially. For example, teams of fourth grade students were challenged to figure out how to build a raft that would hold the weight of a student crossing the swimming pool from just two long sticks, some garbage bags, and tape. The early designs failed, resulting in lots of dripping wet students, but eventually, the children realized that if they broke the sticks and used the pieces to make a sturdy triangle support for the plastic, the raft would succeed. What better way to show how triangular shapes impart strength and stability?

The members of Authors on Call, the part of Ink Think Tank that consults with teachers via videoconferencing, are partnering with teachers at Bogert School in New Jersey to integrate experiential learning into the curriculum using our books as tools for discovery. In the process, fifth graders created videos demonstrating geological phenomena and in the process came to understand our restless earth in a way they otherwise wouldn’t have; fourth graders created their own book about government that brims with creative touches such as characters speaking their ideas in cartoonlike balloons, which helps emphasize the most important information; and third grade students have exclaimed with wonder about our fascinating solar system by going to the NASA website online to discover information for themselves, rather than just reading facts from a textbook. And that’s just results from the first three author/teacher/student partnerships so far completed. There's more to come!

Posted by Dorothy Patent at 1:00 AM

Great post, Dorothy! A savvy retired principal told me not long ago that children should have acquired the skill to read by grade two so that from third grade on they read to LEARN. One of the problems with NCLB was that the focus on literacy and testing stalled reading into just learning enough to answer test questions, and the lack of exposure to literature prevented many children from learning how to learn from reading. The new emphasis on the Common Core Standards is a HUGE game-changer. Kids will be encouraged to read several sources on a subject before writing a report. Text-book publishers are scrambling, trying to figure out how to cash in on the Common Core by making anthologies--giving kids bigger and better snippets of our work; thinking that a snippet is all you need. This is nothing less than the "scaled-up" factory mentality at work. They are looking for the one-source-fits-all book with the huge market. There's no way that they can meet the CCS as the emphasis has shifted to process, not basic literacy.

Good points, Vicki. It's always frustrated me that in many schools first and second graders aren't allowed to go to the school library and just get books on things that interest them and read and do reports on those. Learning to read and practicing the skill and learning to love the process should be primary at that age.

We love experiential learning! As a parent, I think it has far more impact for a child to learn in a hands-on way versus a memorizing facts way. We read Alexandra Siy's Bug Shots and learned a lot about bugs by looking at them with our microscopes in our backyard. We've read books about caterpillars and butterflies, and are now raising our own. Nothing beats an engaging nonfiction text coupled with the hands-on activities they inspire.