Oh, I know how it is -  so soon after Valentine's Day, but here it is: Happy Presidents Day, INKsters! Insofar as it celebrates our nation's history as represented by our unbroken chain of elected executives, this holiday is second only to Independence Day in its importance to our democratic republic.

Whether or not you'll be playing and marching in a band or doing last minute touches on your float or costume, enjoy your community's parades today and the fireworks tonight! Before this special day comes to an end, it's likely that you'll be gathered with your dear ones, sharing the usual Presidents' Day delicacies, such as hot dogs, like the ones FDR offered to Great Britain's royal couple in the summer of 1939, but if I were you, I'd skip the cottage cheese-and-ketchup, a favorite of Richard Nixon. For dessert? Maybe Ronald Reagan's jelly beans, but there's got to ice cream and of course,  cherry pie, which has come to represent our presidential pathfinder, George Washington. 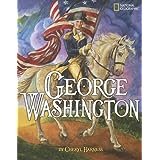 But mind your portions - else you'll wind up like President Taft!   And if you're inclined and of age, do be having a celebratory sip of hard cider. As John Adams wrote in 1765, "I drank this morning and yesterday morning about a gill* of cider; it seems to do me good."   Harry Truman felt the same way about his breakfast shot of bourbon and FDR about his late afternoon martini. But I digress
*about 1/4 of a pint

It's become customary for Americans to have their P. Day dinner while watching the annual White House Concert. As usual it will feature live broadcasts from some of the nation's many lighthearted and colorful Presidential/First Family Look-Alike contests, as well as the much-awaited announcement of this year's winner of the Presidential Essay Competition. Who will be covered with glory, patriotic and intellectual honors, the $5,000 cash prize, AND the invitation to the White House?

Knowing that you share my love of American history – and if you're reading this, I'd bet money that you do – you may well have long since written and contributed your own entry, your own considered take on this year's topic: The President We Most Need Today. If I'd written one - if there was any such event - I reckon I'd lean toward presidents who championed public education. Ike, for instance, the steely ex-general with the sunny smile.

For further thoughts on this issue, here's a good start.

Because it's a worthy topic in this, our real, anxious, too-cool-for-school world, that has no such festive Presidents Day and never shall. Maybe just as well, given how money-corrupted the whole elective and legislative process has become, how it has so tarnished the Founders' Dream. Doesn't mean it's to be discarded, not celebrated. It only means it's to be clung to and fought for all the harder. The topic's been a hot one even before there was a republic for which we stand and throughout the days and years of our ever-contentious nation  What should be the role of our central government in our lives, in our classrooms?
What are we prepared to do in order to be what we intend to be, as
individuals and as a nation? For one thing, read. Know what and who we've been, those whom we've championed to hold the standard.

Meanwhile, I need to go make sure to display my American Flag (the subject of my next book - did I tell you that? Did you know that 2014 makes 200 years since F.S.K. wrote his ode to the S.S'd. B.?), out by my front door because it's Presidents Day.

And long live the Republic. Read on.

I love all your posts, Cheryl!

Me too! Simply wonderful.

oh you guys, thanks for talking me off the ledge :-)

I am attracted from your blog. As you are giving many interesting news. This makes me to stay in your blog for a while.