Person of the year, event of the year, book of the year, movie of the year – it’s that time again. Though my tax-woman will soon want my income/expense statements, only I need a literary balance sheet.  A few years ago I began writing goals at the beginning of each month, printed them, and taped them to my printer.  That scrap of paper staring at me motivated me to do what I said I would do.

The other day I revisited that file and saw that my last entry was September 2011, when I wrote down goals for the coming year. Measuring years from September is a habit this student/teacher apparently hasn’t broken yet.

As 2012 nears its end, here’s my balance sheet. It illustrates the ups and downs, twists and turns, detours and dead ends of this writer’s life.

Project #1 – My editor wanted a revision of a picture book biography.
Progress: I did two (or was it three?) rewrites and then she rejected the project, asking for a
new approach to the subject.  My disappointment led me to ignore the whole thing until…. a couple of days ago. I want to tackle this one in 2013.

Project #2 – A big biographical project (over three years old now.)
Progress: I worked on this intermittently, revising old chapters and writing a couple of new ones.  Almost ready to submit.

Projects #3 & 4 Resurrect an old novel and a YA biography.
Progress: Still interred.

Project #5 Proposal for a book about rock and roll
Progress:  Abandoned when I learned there was no budget for photos and lyrics permissions.

Project #6: Biography of a neglected female subject
Progress: none, but I’m still interested

THE BOTTOM LINE: not as bad as it first appears

OK, I only worked on two of those six projects, but ….

Project #7 My sojourn in London brought forth a new biographical subject which I researched there, wrote at home, and submitted.
Progress: Fingers metaphorically crossed.

Project #8 I completed the photo research for a new edition of The Wind at Work last year (more than enough for the book.) When my editor made the final choices *all* I had to do was get high res scans and permissions. What I thought would be a few days’ work turned into weeks.
Progress: DONE

Project #9 Raise your hand if your research on one book led to another one. I thought so. Work on project #2 (above) led to #9, a picture book biography.
Progress: First draft completed, research ongoing.

Progress on four projects.
Motivated to revisit one more.
Some possibles for next year

I’ve got ten days left in 2012 to come up with goals for 2013. One of those will be the revival of my monthly list of goals.

But looking at what I did and didn’t do this year, I see some of what it takes to keep at this writing gig.
• openness to new opportunities
• discipline to finish projects when inspiration might be waning
• flexibility to reconsider everything
• willingness to let go when the spirit – or the publisher – doesn’t feel moved

HAPPY NEW YEAR ONE AND ALL! 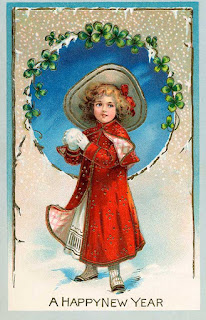 I loved this post! Thanks for a dose of realism, as well as inspiration. I may adopt your monthly goal list idea.

Above all, progress depends on commitment to a writer's life. This means that you're always chipping away at some project or other even when there are no tangible signs that you're moving forward, other than amassing words. Passion means that you're willing to suffer for what you love. For us authors, passion is a way of life. We all have extrinsic motivators, like Gretchen's monthly goals, so we keep going when there are no tangible rewards. We know how to hang tough-- it's a character trait.

Speaking of "tough," in a recent NYT article by Paul Tough, he posits that "noncognitive skills, like persistence, self-control, curiosity, conscientiousness, grit and self-confidence, are more crucial than sheer brainpower to achieving success."

forward 3 paces. back 2 paces. stillness & doubt. flash of insight whilst staring out the window. captured by a phrase or a glimpse of a face staring at you from a photograph, from across a canyon of decades. forward 7 paces and all in all, we bumble forward, crafting a path.