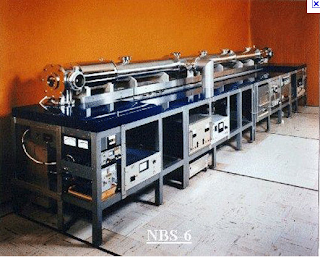 You’d better use your extra second while you can, because it might just disappear.

I’m talking about the leap second. Leap seconds are a little like leap years but shorter. A lot shorter. (Actually, a “leap year” really should be called a “leap day,” IMHO.) And they are an endangered species.

It’ll take me just a few leap seconds to explain. Once upon a time, time itself was measured by the rotation of the earth. There are 24 hours in a complete rotation (aka one day), 60 minutes in an hour and 60 seconds in a minute, so a little arithmetic tells you there are 24 X 60 X 60 = 86,400 seconds in a day. You could set your clock by it. Actually, your clock was made to show it. This was all fine and well and if anyone was late for church on his wedding day, he really couldn’t blame the clock. But scientists weren’t satisfied because it was hard to be sure of the precise duration of a second, so in 1967 they put official timekeeping in the hands of the hand-less atomic clock. An atomic clock relies on the oscillation frequency of a certain type of atom known as cesium-133. Atomic clocks may be cumbersome on your nightstand, but they sure are accurate. After 100 million years, give or take, an atomic clock will be off by one second. In the techno-world beginning to emerge in the 1960’s, precision in timekeeping was of great importance. Imagine how grumpy networked computers might get if different parts of the network were off by a second here, a second there. Atomic clocks solved that problem, and traditionalists couldn’t complain because the atomic clocks were pegged to the earth’s rotation. A“day” on an atomic clock and a “day” defined as a single rotation of the earth were the same. All was well in timekeeping.

Eventually, something was found to be rotten in Denmark and everywhere else on the planet: the Earth does not run like clockwork. Its rotation is gradually slowing down. Rather than losing a second in 100 million years, it loses a second every few years. In an average human lifetime, the earth might lose 15 or 20 seconds. (Think of what that poor average human could have accomplished with an extra time.) So to keep the world’s atomic clocks in sync with the actual earth, the leap second was born. Because the rate of slow-down is not perfectly predictable, the insertion of a leap second is not on a regular schedule like leap years, which synchronize our calendar’s annual cycle with the earth’s revolution around the Sun by inserting February 29th every four years (with some carefully worked out exceptions). The International Telecommunications Union, an agency of the United Nations, announces leap seconds on an as-needed basis. The last one was in 2008 and there will be another on the night of June 30th of this year. The extra second will be added before July 1st rolls around. Start planning this gift of time before the summer rush.

But now there’s talk of the leap second’s demise. The extra second on June 30, 2012, is secure, but the ITU will meet in Geneva next month to decide whether to keep or kill future leap seconds. The United States wants to do away with it but the leap second has some heavyweight defenders including Canada, Britain, China and a few other countries that consider extremely punctuality in their national interest. I won’t go into the arguments pro and con, but there was a good article about it in the New York Times last week (Jan 18, 2012). I must say I am leaning toward the side of leap second defenders because leap seconds tie the time of day to the rising and setting of the sun (quaint as that notion may be). If we abandon the leap second and just let those atomic clocks run nilly-willy while the hapless earth slows down, we will get to a point when sunrise would come at the strike of noon. (It’s impossible to predict exactly when this disruption to your lunch plans will occur because, according to the Times, it will be “not more than 100,000 years from now” so please be forewarned.)

So what, if anything, does this have to do with children’s books? For one thing, I am not aware of any book on the leap second or even a book on time that mentions it. (OK, commenters — tell me about all the books I missed.) More importantly, I have confession: In all of my non-fiction science and math books I have simplified some concepts to make them age-appropriate for what I see as the book’s readership. Or I have left them out altogether if I thought an adequate explanation would be too long, too difficult or too uninteresting. This is a judgment call, of course. 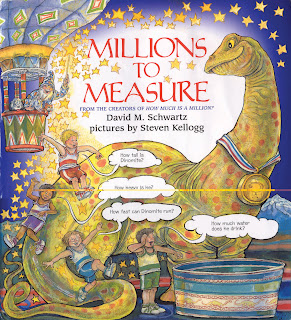 Sometimes I have regretted my judgment. There are millions of things you can measure, and time is one of them but in Millions to Measure I did not include the measurement of time. This is probably because I had an axe to grind about the archaic system of measurement still used in the United States. I wanted to concentrate on showing how the metric system works and how much more sensible it is than our uncoordinated system of feet, pounds and fluid ounces. (In fairness, I should disclose that we aren’t the only country using this system. Last I checked, it was also the norm in Liberia and Myanmar.) So in a book comparing metric (technically known as Système International, or SI) units with “customary” (American) units, there was no need to talk about time because — guess what — time is measured the same way in all nations. Amazing but true: everyone uses the same years, days, hours, minutes and seconds! But now that there’s a brouhaha brewing over the leap second, I wish my book had prepared users to understand it. I wish I had included cesium clocks because they are kinda cool (and wouldn’t kids think so, too?).

And one more mea culpa: I even wish I had come completely clean on the mighty meter itself. I stuck with the original definition — one ten millionth the distance from the equator to the North Pole. Eventually, the meter was standardized to a very special piece of metal kept at a constant temperature in Paris, available to be measured any time you needed to check it against your own meter stick (if you had train fare and the right ID). But for much the same reason that time is now measured by atomic oscillations, the world’s leading unit of length is now tied to a measurement that labs around the world can perform if they want to: the wavelength of emissions from atoms of krypton-86. (Common sense tells us that krypton must be related to Superman’s kryptonite, and if it’s good for Superman, it’s got to be good for you and me, dontchathink?)

I imagine all authors of non-fiction for young readers must decide whether content is “too hard” or “not too hard”? It might be an interesting panel discussion subject: how do you decide? Do you just have a hunch or do you use guidelines of some kind? Is there such a thing as “too hard” at all? Can any subject be made accessible in the hands of a master?

While you’re pondering that, I’m going to think about what I’ll do with my leap second on June 30th because it may be my last.

Love this post, David. It shows that no matter how arcane the subject, if it's well written and put in the proper context, it can be fascinating. The same thing can be said for making the most commonplace observation fascinating if put into a surprising and unusual context. It's our job to do this and, thus, no subject is off limits.

Wow, this is a great post and something I think kids would love to hear about and try to understand. I say that because I'm still amazed by what it must have been like here in the colonies back in 1752 when Britain went from the Julian Calendar to the Gregorian Calendar and a couple of weeks suddenly disappeared! But I am with you on being as precise as humanely (atomically) possible. Every second counts.

David, you raise some interesting points. In my humble opinion, nothing is too complicated for a picture book. I've had to explain Big Bang Theory (not the TV show) to a four-year-old. It's all in how you do it. I love sidebars and back matter to further illuminate complex concepts as children grow and are able to understand more. For example, you can read Steve Jenkins's Big & Little one way to a two-year-old and a completely different way to a five-year-old, since he's included comprehensive descriptions of the animals in the back of the book.