Birds on the Brain 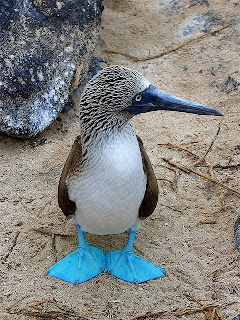 Birds seem to keep popping up in my life recently, like a word you hear for the first time and then seem to read it and hear it repeatedly soon after. For example, I saw this little fellow on the internet and had to take a few minutes to admire his amusing beauty.

And a few weeks ago, my daughter and I were sitting by a brook, enjoying the respite of the peaceful spot so close to a hoard of suburban kids playing sports on the nearby field. Suddenly, a man was upon us grinning broadly and asking, “Did you see him?” We turned to look and saw a beautiful egret standing gracefully upstream. I looked at the man again and noticed he had a camera and was totally focused on observing the bird.

And that’s where my mind started to wander. I found myself wondering about the man more than the bird. How did he become enamored with birds, I wondered, in this sports-centered community? When I saw a woman of about his age following him soon after, I was glad he had a like-minded companion.

The same thing happened when I read a few children’s books on John James Audubon. I appreciated his love of birds but I couldn’t share it in the same way. I was, however, interested enough in the man and his life to take a day trip to visit his house Pennsylvania. His home has been turned into an interesting museum with many trails on the property for bird-watching. I, of course, was intrigued by all of the info. about the man himself,  especially about how the girl next store eventually become his wife and his most avid supporter of his life mission of documenting the birds of North America. I realized I was, once again, more interested in the person obsessed with birds than in the birds themselves. People who have compelling interests are fascinating to me and I love books that follow their inner journeys. 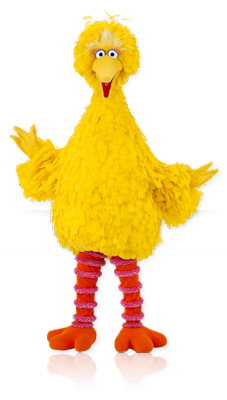 I started to compile a list of books about birds after I had the bird brained idea of teaching an enrichment class to kids on the subject. There are an extremely large number of books for children on birds themselves, but I’m seeking those about birds and their human associates. Thus my list includes Jacqueline Davis’ book The Boy Who Drew Birds which first introduced me to Audubon’s life in Pennsylvania and Janet Schulman’s book Pale Male, that not only talks about the hawks but about how New Yorkers banned together to fight for their nest.

I don’t know of a book about Big Bird and his supporters but I think one should exist.

Please let me know if you have any recommendations to add. I'll keep an eagle eye on the comments section.
Posted by Linda Salzman at 6:00 AM

An older but very sweet photo book by Bruce McMillan called "Night of the Pufflings" describes how children in Iceland have a tradition of rescuing stranded young puffins. Puffling chicks who are led offcourse by streetlights are rescued from the sidewalks and alleys and set free on the beach to fly out to sea. Quite lovely!

Personally, I find the birds more interesting than the birders but I have had thoughts similar to yours with respect to sports and sports fans. I couldn't care less about the games, but I find fanaticism of the fans fascinating. What makes them tick? I've long thought of doing a book on it.

Hi,
How about For the Birds: the life of Roger Tory Peterson, by Peggy Thomas and illustrated by Laura Jacques.

Wonderful idea for a class. A bit late to the conversation, but a couple of suggestions --

"The Goose Man: The Story of Konrad Lorenz" by Elaine Greenstein; focusing on the animal behaviorist's research, so rather different for a picture book...