I’m excited to report that my new book, The Port Chicago 50, is now out and getting some good attention, including three starred reviews so far. I just happen to have one of them right here: http://www.publishersweekly.com/978-1-59643-796-8 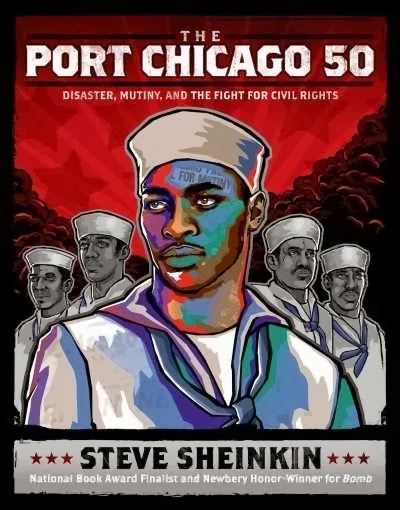 This is a little-known but very dramatic World War II civil rights story, set at a naval base near San Francisco. The main characters are young African American sailors who take a stand against segregation—and end up getting charged with mutiny and told they’re all going to be shot.

This book is a great example of how I, and I think most of the I.N.K. writers, truly never know where the next idea is going to come from. A few years back, at Thanksgiving, I was talking about my research for a book about the making of the atomic bomb, and my brother-in-law, a great lover of conspiracy theories (as am I), asked if I knew when the first bomb was tested. I said, “Yeah, in New Mexico, July 16, 1945.” He said, “That’s what they want you to think!”

Then he told me this fantastic tale, firmly believed by many on the Internet, that the first atomic test was actually in the summer of 1944, at a naval base called Port Chicago. I was intrigued and did some digging. There really was a massive blast at Port Chicago in 1944, one that killed more than 300 American sailors and marines. But the real story is that it was an ammunition ship, packed with thousands of tons of bombs, that exploded. To this day, no one is sure why. 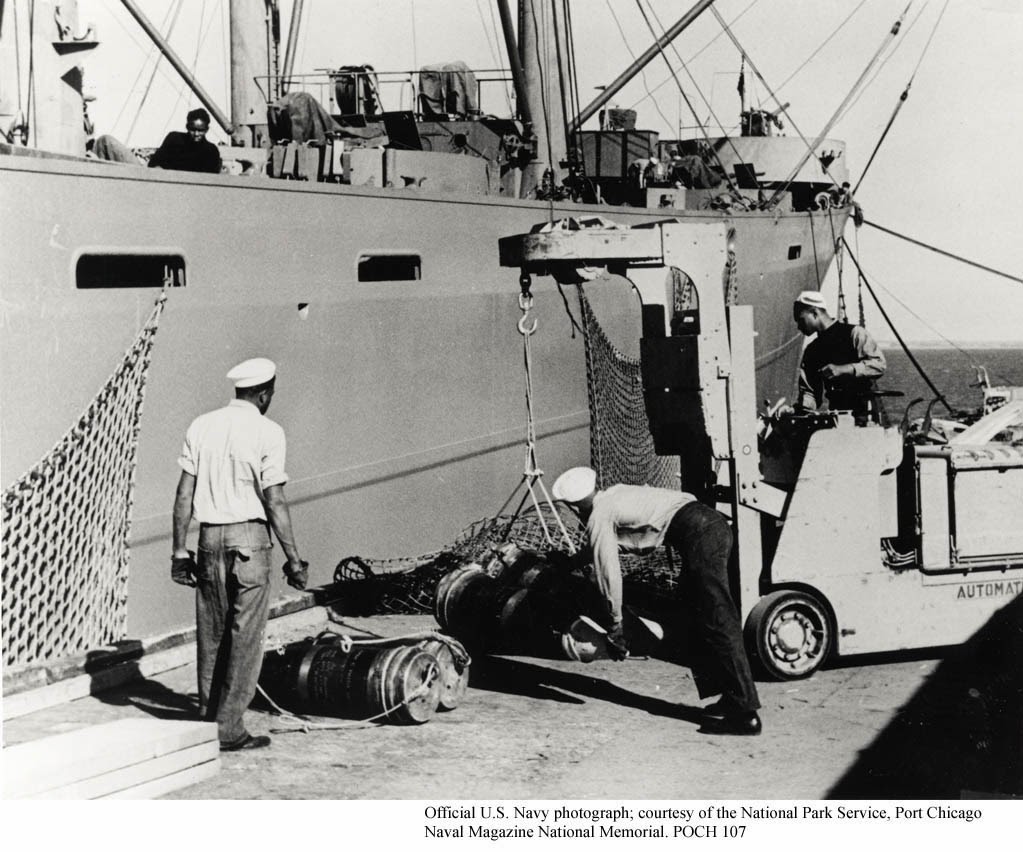 After a bit more research, I learned that the sailors loading bombs and ammunition onto ships at Port Chicago were all African American. The Navy didn’t allow black sailors to serve at sea, except as messmen, so they were put to work on land at places like Port Chicago—only they were never trained to handle explosives. The men were pressured to work quickly and knew something terrible was going to happen. And of course they resented facing segregation while serving in a war that was being fought, as President Roosevelt kept saying, to preserve freedom around the world.

Then came the explosion of July 17, 1944, by far the deadliest home front disaster of World War II. With much more research, and some travel and lots of help, I was able to track down in-depth, unpublished interviews with many of the sailors who survived the blast. So in my book I’m able to follow the story from their point of view as they face what they know will be a life-changing decision: go back to work under the same conditions, or defy orders and face the consequences?

I won’t give away too much more, except to say that the number in the book’s title refers to the fifty men who wind up court-martialed for mutiny. I can’t promise a happy ending, though there’s no question that the stand these men took helped end segregation in the military, and was an early spark of the civil right movement of the 1950s and 60s. It's a story I am very proud to have the chance to tell.

Posted by Steve Sheinkin at 7:58 AM

Congratulations Steve. It sounds like another winner. Can't wait to read it.

Steve: You've done it again! Found such an important story that hasn't been told for kids. Congratulations.