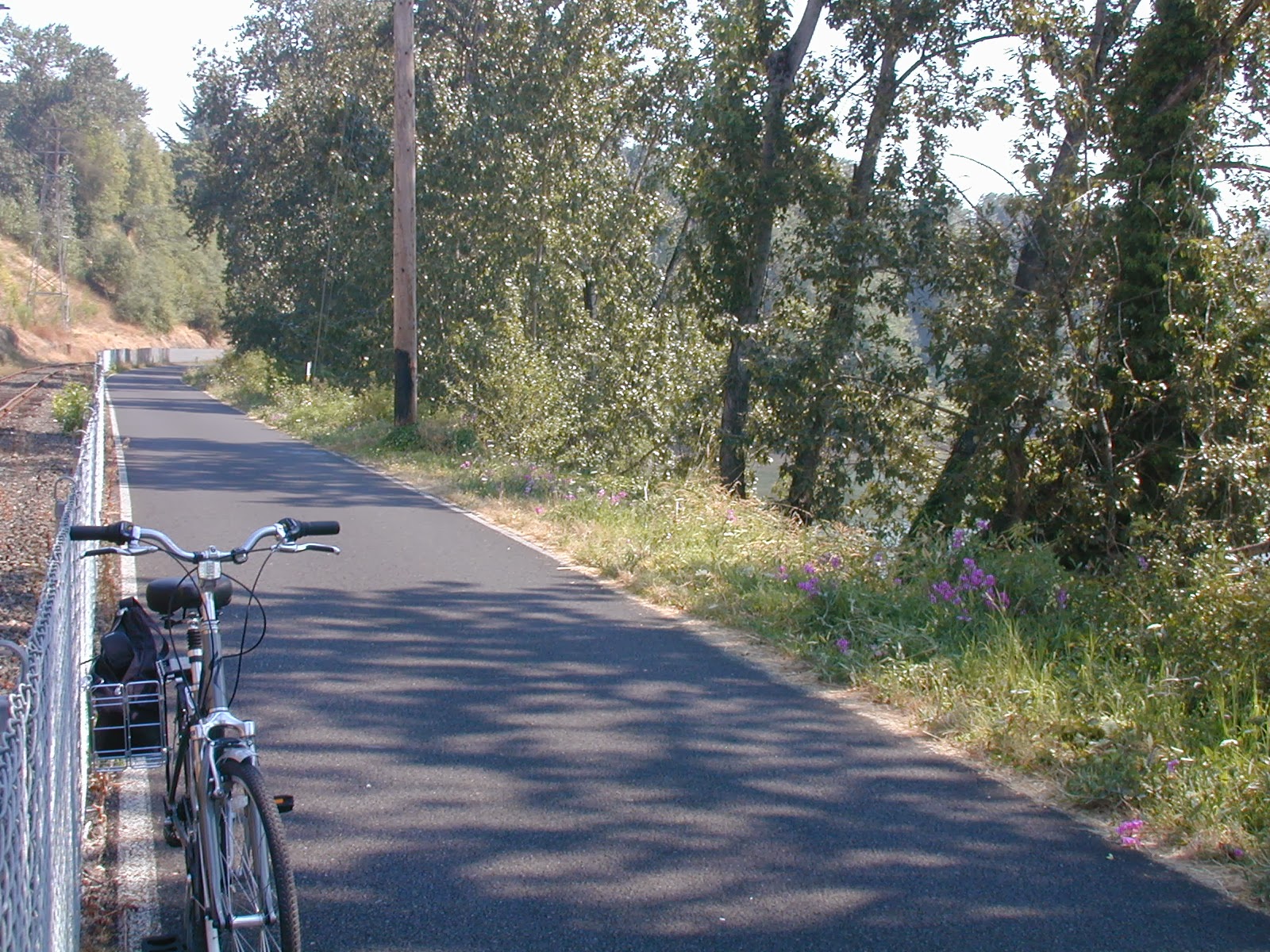 When we first moved to Portland, OR, we lived in a condo downtown…and my life was downtown-centric.  Now, we live in a little house across the river. I love our quiet neighborhood, but it's a bit removed from the action. Several times a week, it seems like I'm commuting somewhere, and my favorite way to do this is by bike.

I hate driving, for one thing.  The bus is reliable but takes a while.  And I’ve slowly outfitted myself with a variety of bike gear—waterproof this-and-that’s, good gloves and booties, and even most recently, a truly sweet headlamp that is so high tech you just plug the whole thing in to recharge.

And then there’s the commute itself.  Portland has this wonder called the Springwater Corridor and wow is it great.  It allows me to travel much of my commute on a dedicated bike path.  No cars, just bikes, joggers…and the occasional goose.

You see, the section of the corridor I travel runs alongside the Willamette River, skirting the edge of the Oaks Bottom Wildlife Refuge.

As I ride, I see kayakers or crew teams in the river, and, on the other side of the trail, Great Blue Herons standing quietly in the marsh.  Three times now I have even seen a bald eagle.  There are hawks.  And in the spring, there are baby geese—Canada Geese that start out as tiny yellow puffballs and quickly grow into gangly awkward goslings.

I commute by bike a lot, and my favorite ride is to and from my critique group meetings. The commute home often proves to be almost as productive as the meeting was.

My critique partners raise good points, ask good questions, leave me wondering how on earth I am going to fix the problems I didn’t even realize were there until I went to group.

But as I start pedaling, once I’m off the busy streets and into the quiet, tree-filled, goose part of my commute, I find that I’ve started to work out those problems, without even realizing it.  I’ve had to stop my bike more than once (sometimes more than once in the same ride) to write down what I’ve just figured out while I was pedaling.

I’ve come to look forward to those rides home. And I always pack my notebook and pen in easy reach.
Posted by Barbara Kerley at 4:00 AM

In addition to being a very talented writer, you are also a lucky writer indeed to have access to a wonderful critique group and to live in Portland. That bike commute sounds amazing!

I used to work through a lot of writing issues while I was swimming, though it was harder to keep track of the revelations in the water. But now, of course, I am intimately aware of the transformative power to cycling. I do envy you your beautiful bike rides.

Such quality of life! Must admit I'm a fair weather cyclist, but you make me want to invest in the right gear & clothes.

Wonderful to hear that the solutions arise on the way home from our meetings. Perhaps I should get on my bike after a meeting!