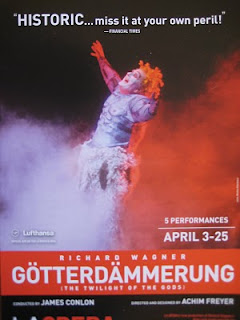 As a lover of Shakespeare and opera, the quality of acting and singing in any production is, of course, primary. But I’m also intrigued by contemporary stagings of the old works. Sometimes they don’t work for me, but when they do, it’s glorious – opening a new window on a familiar landscape. LA Opera is in the midst of a Wagner Ring Cycle designed by Achim Freyer that blows me away. Many hate it. I love every weird minute of it. One of my all-time favorite Shakespeare experiences was a staging of Cymbeline with six actors and actresses in identical costumes playing all 26 roles at the Globe in London. 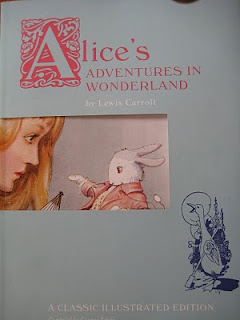 Alice’s Adventures in Wonderland is decked out in new togs every year. (Full disclosure: I’ve got a daughter named Alice, and a modest collection of old and new AIW editions.*) So I was curious to see the version from Chronicle Books, compiled by Cooper Edens in his Classic Illustrated Edition series. This large format book mixes up various illustrations from the 19th and early 20th centuries. As you read the story, you’ll see Arthur Rackham on one spread and Willy Pogany on the next. It’s a fascinating ride, traveling through the decades with different artistic visions. And it fits the surreal story.

Alice has spawned many nonfiction books as well – about Carroll, about the ‘real’ Alice Liddell, as well as Freudian, social, and political interpretations of what it all means. All Things Alice: the Wit, Wisdom and Wonderland of Lewis Carroll by Linda Sunshine (Clarkson Potter, 2004) gives us selected quotes from Alice, excerpts from Carroll’s letters, poems and other stories, along with hundreds of illustrations. 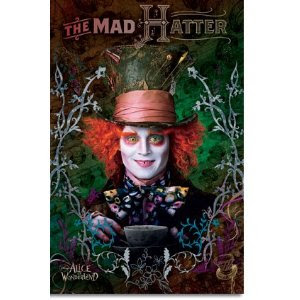 With my penchant for experimental productions, my skepticism about sequels, my indifference to Hollywood 3-D animation, and my love of Alice – I went to Tim Burton’s new film with some trepidation. However the prospect of seeing lots of Johnny Depp certainly brightened my outlook. I’m not going to give a proper review of the film, but I was rather surprised that I liked it. You’ve no doubt seen it or read reviews about the almost-grownup Alice returning to Underland.

Despite the inevitable 3-D battle scenes and dive-bombing winged creatures, the new story contained the old favorite characters and, most important of all, the hilariously satiric tone of the original, thanks in large part to the magnificent Mr. Depp and Helen Bonham Carter (and the screenwriters, of course.)

Back in Lewis Carroll’s time, satire had already been defined as the ridiculing of vice, folly, and humbug, and Carroll did a superb job of slicing and dicing his Victorian world. Tim Burton takes on Hollywood as well, mocking some of the clichés we find in mainstream movies. And so, for me, he honored Carroll’s brilliant comic voice that makes Alice in Wonderland a tale for the ages.

OK, here’s how I relate all this to writing nonfiction for kids. In researching history, one encounters not only what happened, but how people interpreted what happened. History books tell us as much about the culture and values of the era in which the books were written, as the events they present and interpret. So it is with artists (and filmmakers) who take on Alice in Wonderland. They show us how that wonderfully curious girl remains alive in our time.

Check out Alice's (my daughter, the farmer) Adventures with Wonder Lamb at http://flyingmule.blogspot.com/2010/03/wonder-lamb.html 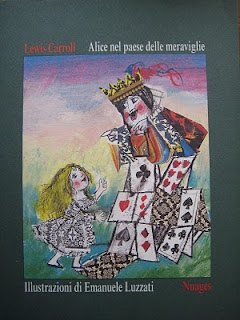 Gretchen, What an imaginative post! I loved the Alice In Wonderland info and visuals.And I've always wanted to see the Ring Cycle. But I think I'd rather see a more traditional staging when I finally have a chance. Most of the time I find contemporary staging of classic opera and Shakespeare plays very distracting. But no matter how or when Romeo and Juliet is performed, I am always transfixed. One might think it would be the perfect Shakespearean play to do with high school students. But quite the opposite is true. The story of doomed love and teenage suicide is a difficult, overly provocative subject to explore with teenagers.Or so I've been told.