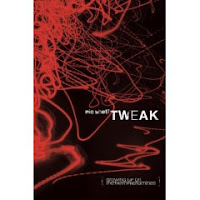 Quick, can you name a nonfiction book on the BookSense “Children’s Interest” bestseller list? Oddly enough, there have been several of them over the past few weeks, but the big sensation is a memoir called Tweak: Growing Up on Methamphetamines, a true story as lived and told by Nic Sheff. How low can he sink? Think as low as you can go. Not exactly the nicey-nice topics we usually blab about in our field, and this is definitely YA, not for children. Plus, in its explicit and accurate (I asked around) depiction of how crystal meth and heroin will wreck your life, this has flaws. Repetitious (way TMI), self-indulgent, writing that is raw and not "tight" (in either the literary or the kid-slang sense), and most of all a dearth of insight: despite the title, there's not much upward motion here. Some experts say that mental development ceases when a person becomes an addict, in which case Sheff-- who started at age 11-- may be stuck at an age earlier than his biological one (early twenties). Still, some kids will find this hard to put down—it’s, er, addictive—and if it leads any of them to think twice about making disastrous choices, the book is worthy of its bestsellerdom (Simon & Schuster, 2008, definitely ages 12 and up.) 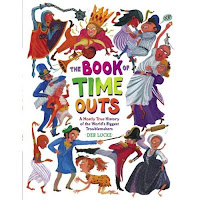 For bad choices considerably easier to talk about, The Book of Time Outs is a diabolically clever concept book. Author/artist Deb Lucke suavely subtitles it A Mostly True History of the World's Biggest Troublemakers. Wry text and expressive portraits feature those who were greedy (Napoleon), untruthful (Columbus), unwashed (Queen Isabella), awful to their siblings (Cleopatra), and ten more guys and gals with flaws. A unique way of looking at world history, an empathetic gift for a child who's just misbehaved (with messages like "you're not the first to have a time out," "you're not the worst," and "actions have consequences"), and irresistible to just about anyone (Simon & Schuster, 2008, ages 4-8). 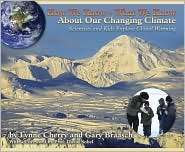 Lots o’ green books sprouting all of a sudden. One of the most interesting is How We Know What We Know About Our Changing Climate. This is actually a children's version of a university-press tome by photojournalist Gary Braasch, Earth Under Fire: How Global Warming Is Changing the World. Now it has a text by Lynne Cherry (well-known for The Great Kapok Tree and other environmental books), and it's subtitled Scientists and Kids Explore Global Warming. What are butterflies, birds, flowers--not to mention a lot of super-smart people--trying to tell us? The world is starting to sizzle, and the clues are literally everywhere. In motivating readers (especially budding scientists) to save the planet, Cherry goes into substantial detail on the latest data, how researchers work, and what kids can do, with an unusually thorough section on further resources. Braasch contributes his stunning photos, wisely including kids in scenes as often as possible. Worthy of bestsellerdom, the ultimate in the recent trend of taking adult projects and distilling them for younger readers (Dawn Publications, 2008, ages 10-14). 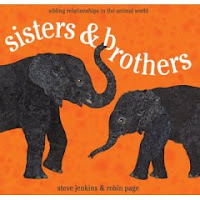 You don’t even have to like animals to find Sisters & Brothers: Sibling Relationships in the Animal World a treat. Heck, you don't have to be a kid. This is one juicy topic. I mean, painless intro to zoology. Which creatures have stepsiblings? (Catfish.) Which ones have only sisters? (New Mexico whiptail lizards.) Which ones eat each other? (Black widow spiders.) Which brothers' fights escalate so terribly that one them simply has to leave? (Grizzly bears.) Sorry, it's hard to stop with the examples, and all of them are well-grounded here in simple scientific language, with pages of animal facts at the end. Score a winner for Robin Page and I.N.K.’s own Steve Jenkins, with his distinctive cut-paper collages, amusingly captioned, set against oceans of white space (Houghton Mifflin, 2008, ages 4-8). 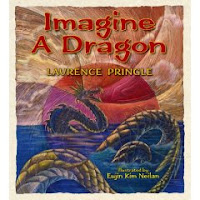 You might think Imagine a Dragon would be collection of fluffy poems going nowhere special, but you’d be wrong. Instead, esteemed science writer Laurence Pringle has compiled a treasury of true stuff about this beast, illustrious but wholly imaginary. Starting with the earliest rumors in China, Egypt, and present-day Iraq, a dragon worked nicely as an explanation for natural disasters, scientific phenomena, anything that seemed scary. Pringle zooms around the globe to glean the primo dragon facts and legends, while lush paintings in acrylic by Eujin Kim Neilan make the pages swirl. Good example of a handsome nonfiction picture book, and an appealing choice for kids shifting out of fairy tales (Boyds Mills, 2008, ages 7-9).

No Fartistic news this time… come back next month. Meanwhile, hope to see you at TLA or IRA.
Posted by Kathleen Krull at 5:00 AM

ACCKK - either I did it wrong or this clock is off - but this was supposed to post in the middle of the night - hope I didn't miss you early morning commenters....

I think we could have an interesting conversation about what the bestseller list says about our society. Those nonbestselling titles all look incredibly appealing. As do your labels. Just for a fleeting moment my brain went with the possibility that you might be involved with the Irish Republican Army.

Sorry, Linda, it's the more prosaic but more benevolent International Reading Association, this year in Atlanta....(will any other I.N.K. members be there?).

But you had an earlier post I loved & was going to mention - about pairing novels with related NF titles. What about pairing a great NF title-- say Steve Jenkins' SISTERS & BROTHERS -- with related fiction about sibling relationships......

Absolutely. Another thought-- given the age range, it sounds like it would make a great complement to just about any Disney movie.