My name is Gretchen, and I’m a researchoholic.

Perhaps my #1 substance of choice is the Oxford English Dictionary (OED), the online version of which is available 24/7 via my local library website.  And so, though I have mulled over this blog for several days, when it came to putting fingers to keyboard, I felt compelled to imbibe some OED first.

network, n.
5b An interconnected group of people; an organization; spec. a group of people having certain connections (freq. as a result of attending a particular school or university) which may be exploited to gain preferment, information, etc., esp. for professional advantage.

And I can’t resist sharing the first reference:

1884   A. Forbes Chinese Gordon v. 140   British India is a network of cliquism and favoritism

But it was not the noun I was searching for, but the verb:

The first use of the verb form was given as 1980, and one wonders how we got along without the word. The phenomenon is surely as old as the earth, or at least humans’ habitation of it – but that’s not my subject either.

I actually want to give a brief history of my own evolving children’s literature network, and express appropriate gratitude forthwith. [Reading the OED makes you talk and write funny.] BTW ‘evolve’ has an interesting history in the OED going back to 1597, and Darwin is not mentioned.

My Critique Group
Back in 1992 when I began to entertain the thought of writing for children, I turned to UCLA Extension. At the end of a nonfiction class, the instructor, Caroline Arnold, encouraged us to form critique groups, and three of us did.  Lo, these 21 years later the group still includes two charter members, Alexis O’Neill and myself, along with Nina Kidd, Ann Stampler, and our erstwhile teacher, Caroline Arnold.

Most children’s writers I know have a critique group and count its many blessings. For me, they include
• Astute reading of woeful first drafts
• More of the same for rewrites month after month….after month
• Assurance that it is getting better and you are getting closer
• Encouragement in the face of rejection
• A deadline to force one to produce something for every meeting or feel like a total slacker.

Networking results: personal introductions to two editors who bought my first book and my first novel. And an annual delectable Christmas/Hanukkah party every year at Alexis's. 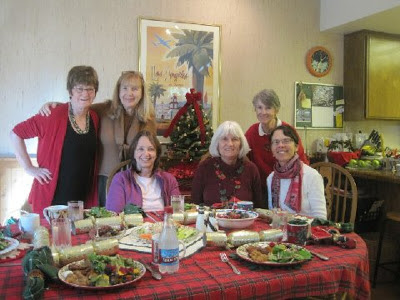 By 1998 I had published one book and many short stories, but couldn’t crack the picture book market. So I enrolled in the then-new low-residency MFA in Writing for Children program at Vermont College (and began to write biographies.) I craved the one-on-one relationship with an advisor and I loved the bi-annual intensive residences. Too bad, I thought, I wouldn’t get to know my classmates, since we’d see each other so little.

Wrong!  At the end of the first residency we set up a yahoogroup – a novelty back in 1998 – and for the past fifteen years we’ve been in daily contact. Of the fifteen original class members, eleven of us are active what Brock Cole dubbed “The Hive.” Since we’re all female, the hive has become much more than a writer’s group. We’ve shared everything – marriage, births, deaths, tribulations and triumphs.

We’re in our thirties through eighties, and though we’re scattered all across the U.S., I’m in closer touch with the Hive than I am with local friends (We’ve too busy to check in daily.) The Hive is not a critique group, though some of us do that for each other some of the time. These writers have published dozens of books in the 15 years since we met, won top awards, and together we walk the walk of being a writer, making a living, living a life. Worker bees, all.

The blessings of the Hive:
• a common language, having been through the MFA program together
• a daily connection to writers
• advice on any professional issue from people who have been there, done that
• occasional in-person reunions that reinforce our friendship.

Networking results: two more editor contacts from two Hive members that led to two more book contracts. And it was hiver April Pulley Sayre who brought me to …. 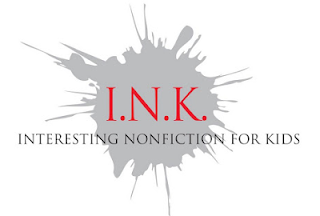 ….that fabulous bevy of writers that joins me for breakfast every morning at the computer. I love reading the on- and offstage goings-on of those writing stars, most of whom I’ve never met. Inksters seem to be north-easterners, though we have had one raucous NYC dinner that I was party to. And I did meet Sue Macy at ALA here in California, and shared a dinner with her and her editor….an editor who is now reading one of my manuscripts…..

I’ve been told that the literary world of adult writers can be maliciously competitive and ungenerous. My networks of children’s writers are nothing of the sort.

Happy summer reading and writing!
Posted by Gretchen Woelfle at 12:01 AM

Yes to all of this, Gretchen! Reading this post made me very happy. By the way, the next time you're in NYC, stop by. We inherited the complete OED. It lives in my office. You might never leave.

I'm so honored to be part of the HIVE--thanks for the nod, Gretchen. I wish I'd been able to attend the reunion pictured here. Hope we can have one in Chicago soon!