You’ve had a long distinguished career as a writer, illustrator, and collaborator with your husband, John Wallner.  How did your creative partnership come about?

John and I were freelancing in illustration in the early 1970’s. In the 1980s, John was offered an illustration job for a series of books by David A. Adler, the children’s book biographer. John was eager to do the series but the deadlines were very tight. I reasoned to John that if I helped illustrate the books, we could do it in half the time if I got equal recognition for my work. The editor agreed. That’s how it began and it has worked for many projects since, although we still do projects independent of each other. 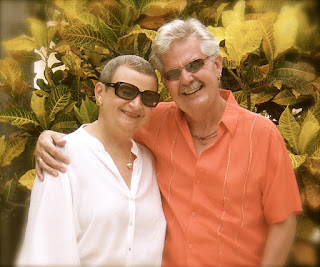 How does this partnership work?  Do you work together on all parts of the process or do you have different roles?

I generally do all the research for the biographies. At first, we relied mostly on picture files at libraries and on books. In recent years, it has been easier to research on the internet. Then John sketches out all the spreads in a dummy. When the sketches are approved, I transfer John’s sketches onto Arches watercolor paper. Sometimes I paint all the backgrounds and he paints the figures and sometimes the other way around. We become a “third person.” The main goal is to have a consistent looking book at the end. 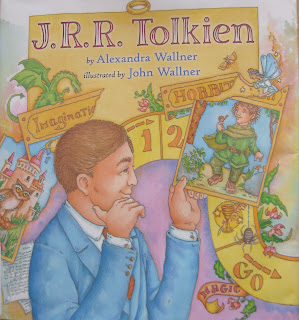 I reviewed your biography of J.R.R. Tolkien on this blog back in December 2011, written by you, illustrated by John. How did that collaboration work?

Since the life of Tolkien was rather dull in the physical sense and all the magic of his world came out of his imagination, John came up with the brilliant idea that he would incorporate a game board of imagination throughout the book to reflect what Tolkien thought and wrote. I think that is what really snapped the book up. Otherwise, we would have had scene upon scene of Tolkien in his study with paper and pen. I think John captured the spirit of Tolkien’s world really well. I am very pleased with the result.

Any dramatic disagreements working so closely with your husband?

When John and I work together, we are completely professional about it and always, always keep in mind the most important thing: the end product. I honestly can’t remember any major fights about the work. Of course, we have our disagreements! We’ve been married for 41 years and have shared studio space in all that time. Our biggest disagreements have been about travel. John does not like to travel at all but occasionally has made concessions to me. John loves to spend time in his studio among colored pencils, paints, brushes, and collage material. 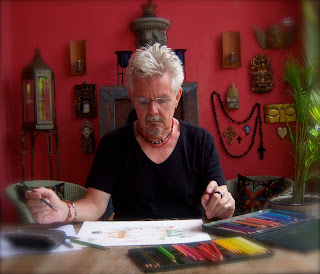 You illustrated my latest book Write on, Mercy! The Secret Life of Mercy Otis Warren. What attracted you to the project – and to other subjects you choose to illustrate?

I really enjoyed working on MERCY! First, it brought to every one’s attention an historic strong woman I was unfamiliar with. Mercy is a positive reinforcement for female roles in history, especially for children. I have written and illustrated books about female historic figures such as authors: Beatrix Potter, Louisa May Alcott, L. M. Montgomery, Laura Ingalls Wilder; a famous artist: Grandma Moses; political figures: Susan B. Anthony, Abigail Adams, Betsy Ross. I have also written and/or illustrated books about famous men, but the women are closer to my heart.

The Colonial American period is my favorite time period to illustrate. My kitchen has many pieces of crockery and some furniture from that time. I like the simplicity and classic lines of everyday objects from that time and really enjoy depicting them. I research my material carefully to make sure I have as much information about how things looked from any particular time period. It’s important to depict an accurate account of time periods, especially in children’s books. 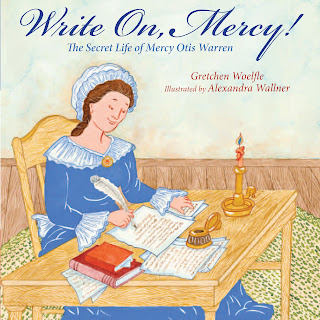 Why the interest in American history?

My favorite subjects in school were history and literature. After World War II I emigrated from Germany, where I was born, with my parents who were Ukrainian and Bohemian, displaced by the war. I have always been fascinated by the United States and its history.

After living mostly in the northeastern U.S., you’ve migrated to Mexico. What drew you there? Do you enjoy a relaxed tropical lifestyle?

I live in Merida, Yucatan. Although it is EXTREMELY hot and humid in Merida in the summer, five months out of the year the climate is very comfortable. I love to swim and do so almost every day. John does not have to shovel snow anymore, which makes him happy. Our dining table is on the terraza and we eat in warm tropical breezes all the time.

Both of us are in our studios most of the day. John and I both go to a hotel health club where John works out in the gym and I swim. Then we come home for lunch, take a brief siesta, and go to our studios again for the rest of the afternoon. I meet with a writing friend for a “writer’s group” every couple of weeks. I stay in touch with close friends via Skype and email. It’s a pretty quiet lifestyle, although we are always busy on some project or other.

Has Mexico influenced your artwork?

Yes. I love my garden and I love cactuses. I have incorporated my garden into work, especially for Ladybug magazine. Also, Mexican color stimulates me and has influenced some bright new paintings.

You’ve been in the business since the 1970s.  How would you describe the high and lows of the children’s publishing industry since then? What is your opinion of the state of the industry today?

Wow! That’s a loaded topic! Lots of change! When John and I started illustrating, we had to work with pre-separation. That meant painting four separate paintings in black and white for each of the four colors that the printer laid over each other - black, red, blue and yellow – to make a colored picture to print.  Tons of work! I’m glad I was young with better eyes.

The industry used to be more personal, with more contact with art directors and editors. The art director invited us to see our books in the process of printing and we had control over the color. By the time John and I started working on the Adler biographies, four color printing was being used and all we had to do was one painting. Thank goodness!

Then the publishing companies started to merge with media companies and everything was less personal. The biggest change came when publishers were taxed on the books in storage. Before, a book was kept in print for several years and had a chance to catch on with the public, but after that, if a book sold poorly, it was scratched from the list after a year or two after publication. It seems like children’s books changed from personal to big business in the last couple of decades.

I’m glad John and I had the chance to start and continue in the industry when we did. Holiday House, with whom we published many books, is still a personal place where we have a relationship with John Briggs, the publisher, and the staff. We are very grateful to them. We feel fortunate to have been a part of this industry for so long.

What are your present and future projects?

Right now I am writing a novel for adults. I am on my second or third draft. I’ve lost count, but hope to tie loose ends together this year and submit it for publication. After that, more painting, I think. 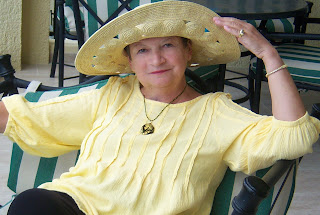