Breaking Up Is Hard To Do, Redux


Yesterday morning there was an article in the NY Times that touched on my former subject, Mary Sullivan. Although the article in case the link doesn't work it's called


100 Years After a Murder, Questions About a Police Officer’s Guilt

doesn't mention Mary, she had a minor roll in the case, though not in solving it (one of the many reasons I, sob, dropped the book). Seeing it there in the paper, I had a pang and so I decided to re-post this blog from early last year. If we weren't posting old blogs, I probably would have written an entire blog about my newly adopted dog, Ketzie. I guess I'm lucky because I am such a doting new parent I would have embarrassed myself by writing thousands of words about her and showing you a picture. OK. Since you asked. I'll show you a picture. 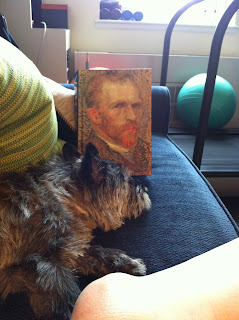 and one more just so you can see what she really looks like: 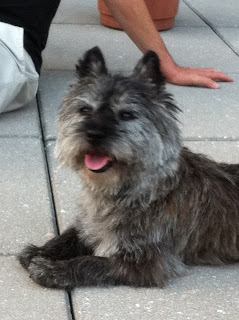 Now on to the "real" blog post, the repeat:

If it were up to me, you'd listen to this song while reading this post.

So. It's been a very, very long time since I broke up with a sweetheart, given that I've been married for almost 30 years. (In  my culture, you get married at 11.) And I don't intend to ever break up with him. But there comes a time in every writer's life when she has to break up with a topic. Actually, many times. Usually the break-up comes early on in the project. At least for me. I work on something for a short time and realize that there's just no there there, or that it's not for me. Or someone or something else pulls at me, grabs my attention. ("Oh you over there, come hither...")

But sometimes, it seems, you go out with someone for a very long time before you realize he or she was not your bashert. This has just happened to me. It was a long relationship, but it was going nowhere. It just took me a very long time to realize that because I thought... I was sure...though I had niggling doubts...that I was in love. 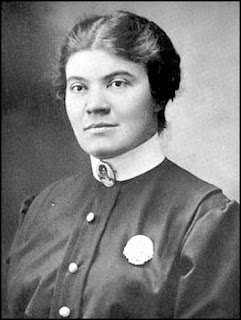 But breaking up really IS hard to do.

(By the way, I also like this version of the song. My friend Judy Blundell votes for the slow version, which I also like. Ok, maybe I'm spending too much time listening to Neil Sedaka.)

I mean, look at her. An early NYC policewoman. A detective.  And we had spent so many, many months together.

The more time, energy, money, time, time, time, you invest in a topic, the more reluctant you are to let it go. I bought and read very many books. 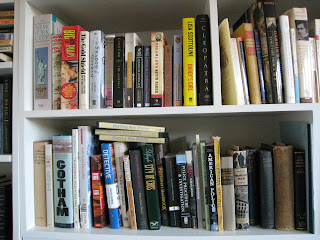 I spent many hours looking for people who knew the person I had fallen in love with. After much detective work, I found her descendants. That was a great day! And then her great granddaughter became an enthusiastic helper, inviting me to come to her house, where I combed through boxes of clippings, notes, photos, memorabilia, and even recordings, hoping for the big break in the case. 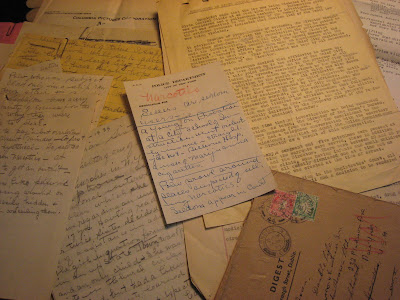 I dug deep into the web, into online newspapers, books, footnotes of journal articles. I reached out to authors, researchers, professors, librarians... But I just couldn't get enough primary source information. There was no great case, no story arc, and much of the information was that kind of early 20th century, questionable, surfacey--maybe even fictionalized--storytelling that made this researcher queasy. I could write a great novel about her, sure. And I always wanted to try writing historical fiction, but I was determined to write about her as nonfiction. She was such a character, such an important person, I was convinced that I wanted to write about her for real. If you find a great real person, a trailblazer, you want to write about her as nonfiction. At least that is my predilection. I spent hours in archives, looking at microfilm and microfiche, begging archivists for help. (I even wrote about my research problems in an article in The Horn Book, vowing to bribe the gatekeepers with chocolate. I almost resorted to that.) I told everyone I knew in NYC what I was working on. I told strangers at dinner parties. I buttonholed the state archivist and begged her for help. She gave me a great lead to another archivist. Who tried to help.... I pleaded my case to a group of librarians in PA, and that plea led to another great lead--which ended up going nowhere. I had so many leads that went nowhere I felt like a dog-walker walking invisible dogs. But I kept going. And going. And going. I revised and finished a novel during this time. I wrote a picture book. But I kept coming back to my sweetheart.

Probably the moment I should have known that it was not meant to be was way back in February of 2010. I finally heard back from a man I'd written to months before. I'd asked for his help in getting into Harlem jail records from the 1920's.  He wrote back a very lovely email:

I  have an interesting angle you might use in connection with the lack of Harlem Jail records. There's a secret room in the jail holding records from the era that includes MS's undercover work there. It was accessible only by pigeons or by persons who climb a ladder from a room below. The ladder is not a permanent fixture but must be moved into position and held in place by one person while another climbs up, pushes open a panel in the ceiling and climbs into the secret store. It is secret in the sense that unless you knew the room was there, you wouldn't encounter it touring the building on your own.  The story goes a caretaker for the abandoned city jail discovered it one day by accident when cleaning the ceiling of the room below. Of course, the pigeons discovered the secret room long before that, flying in through a broken window, and making use of the place as their private toilet. Thus the bundled up records are covered with their dried droppings. The city uses the health hazards presented as the reason for not retrieving the records. In other words, much of Harlem Jail history is held being held hostage by pigeons.
See http://www.correctionhistory.org/html/chronicl/nycdoc/harlemjail/html/550harlemprison21a.html
and
http://www.correctionhistory.org/html/chronicl/nycdoc/harlemjail/html/300harlemprison21.html

But no, this did not stop me. I would not be daunted or deterred by pigeon poop! My husband and I joked about buying Hazmat suits. A friend said she's go with me, too. I actually considered it.

I reached out to more and more people, which eventually led to: having dinner with a roomful of retired policewomen; interviewing a 92-year-old policewoman as she lay on her sofa recovering from back surgery (she argued with her friend who brought me there that, no, she would NOT take the clips out of her guns); and, finally, hanging out with a really bright and interesting drug-enforcement officer who, after a dinner in a strange restaurant a few months ago, left me alone in a deserted parking garage late at night while I waited for her to make a phone call inside an unmarked building. When she got back into the car I calmly explained to her how a writer's mind worked, and how she owed me big for the 20 minutes of scenarios that ran through my head during the time she was gone...(all the while texting my husband, saying, "I dont know where I am...!").... It turned out the detective's call was about a fish. A tropical fish. A pufferfish, to be exact.

It seemed after almost two years the relationship had no future. There was no there there. But I so very much wanted there to be! I felt a strong duty to my subject, to her family, to the policewomen I talked to--but mostly, to myself. I had spent so much time on this project. It was to be my long narrative nonfiction book after Charles and Emma (which is out in paperback next week!)  and I just hated to admit it wasn't working. During this whole time I talked to both my agent and my editor about my progress (or lack of it), and they were encouraging, sweet, supportive, and knew, I'm sure, long before I did, that it was time to say goodbye. I asked the great granddaughter to put in a Freedom Of Information Act request, which she did, willingly. We waited. And waited. We are still waiting. (So it's not truly over yet.)

Finally, one day last month, I moved the books from my desk to the shelves you see above.  I took down the timeline from my bulletin board. I filed my notes, clippings, print-outs. I archived my interviews. I talked to my agent and my editor again.They both said, Move On. They both said, you might come back to it. As fiction, or maybe someday even as nonfiction. But it is time to move on. You can still be friends, but....

It was very painful, folks. It took me weeks to get over it. Really, it felt like a break-up. I walked around dazed, confused, humiliated, disappointed, angry... but mostly sad.

But finally I knew it was time. To find someone new. I might come back. I hope to come back, but for now... I'm moving on.

Fortunately, fortunately, while I was travelling last summer, I met someone else. He stood in the corner waiting while I realized my relationship was over. He was respectful. He didn't pounce. He whispered, "Come hither, come hither..."

And now, friends, I have committed. And I am in love. And this one is going to work. This one is Mr. Right. 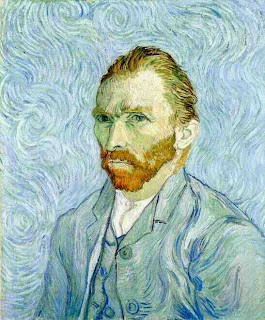 Oh my that was painful - and funny - all at once. I would have surrendered at the point of pigeon poop, so I must salute you. I hope a snuggle with the adorable Ketzie will bring you some solace.

I read that article yesterday. I love when the Times revisits historic cases. And congrats on Ketzie. What a cute pup.