I met Kathy Darling at a local writers group back in 1979. She had been an editor for Gerrard Publishing and said she knew my books. She was a heavy-set woman with a loud voice and a raucous, cackling laugh. Kathy suggested that we work together right from the day we met. She wanted to do a book of “bar bets” for kids. I said I would only if it were slanted toward science. She agreed. I said that since my reputation in the science book arena was more central to me than to her, I had to be first author. Again she agreed, cheerfully. With that out of the way, we began work on the book that became Bet You Can’t! Science Impossibilities to Fool You. 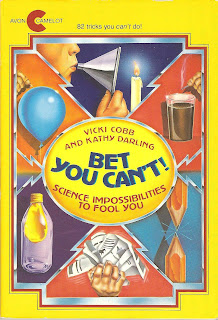 Kathy was bossy, argumentative and sometimes exaggerated facts to make a story better. I had a more comprehensive grasp of the science principles involved. She was a tireless researcher who seemed to enjoy the search for new material much more than I did. We made trips to libraries and leafed through piles of old science teacher magazines, popular science magazines, magazines for magicians. We prowled through novelty shops, toy stores, and second-hand book stores looking for ideas; there was no internet in those days. After we had collected a bunch of possibilities, I went to Kathy’s house to try stuff out. She had two Irish wolfhounds whose noses were always at crotch level. Somehow we got the book written. I found the whole experience difficult, to say the least.
Much to my surprise, Bet You Can’t! won the Science Book Award from the New York Academy of 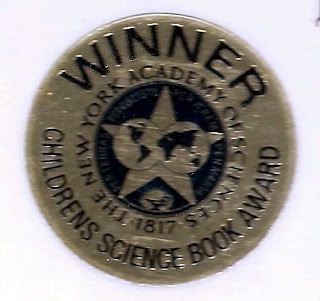 Sciences. And it sold like crazy! I didn’t think that the tricks were all that unusual but the writing was superior. Somehow our collaborative writing style had a higher octane level than anything either of us could produce on our own.
Since we couldn’t argue with success, we decided to write Bet You Can! “But this time let’s work at my house,” I said, “Your house smells like a kennel.” Again she agreed, quickly. So we went back to arguing, experimenting, and writing. I often found myself raising my voice and strenuously quarreling when I thought she was wrong. Kathy’s first job had been answering questions for the Encyclopedia Britannica that the encyclopedia didn’t answer. She really believed that she knew EVERYTHING. What a pain! In spite of all the laughter, and there was a lot of that, I found her irritating. Again, I did not enjoy the experience.
Then I did some work on myself. I dabbled in some of the workshops of the human potential movement. I took myself to task in a number of areas of my life. When Kathy and I came together to write our third book Wanna Bet! she hadn’t changed. She was still insistent, contentious, curious, enthusiastic and hilarious. But for some strange reason I no longer found her irritating. When we finished the book I felt sorry that it was done. Again we had produced something neither of us could do alone but this time the process was FUN! We wrote two more books after that, Don’t Try This at Home and You Gotta Try This! Thoroughly enjoyable, each time. Here’s a typical email from her:
I found an interesting body "trick." Where does the sound come from when you snap your fingers? Believe it or not, it is mostly from the sound coming from your palm. If you cover the palm with a tissue or a sound absorbing cloth you will hear only a very faint version of the snap.

For years she tried to figure out how to tattoo a hardboiled egg through its shell, leaving no marks on the shell, without success. That became our in-joke. 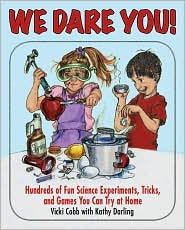 Our latest book is We Dare You!; a wonderfully successful bind-up of our five books; made possible after twenty-five years because, finally, all five books were out of print. (It is being released in paperback this month.) Unfortunately, when the project was about to start, Kathy was diagnosed with a particularly aggressive cancer. I asked her if she wanted to participate in putting the new book together (there was a lot of new material to add). But she bowed out. Whenever I called her to ask how she was, she cheerfully responded, “Still on the right side of the grass!” I did the revisions alone. It wasn’t the same.
Kathy died early this summer. I learned a lot from her. It was a lesson about love. 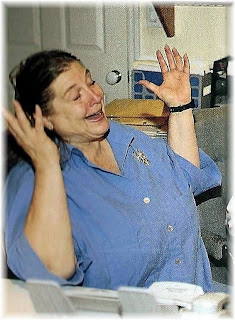 Yes, collaborating does take work. I had a similar experience with a co-worker. When I changed MY attitudes, we worked well together.

Thanks for sharing this lovely tribute to Kathy, and indeed the benefits of opening ourselves up to change!

Lovely post, Vicki. Collaborations are a strange business. I've worked with the same photographer, Michael Doolittle, on a dozen books. It's sort of like being married--sort of.

I love the "High octane"--nice tribute. You never mentioned her propensity to dissemble!

Wow! What a terrific tribute to Kathy, and to collaborators in general. Terrific blog!

Thanks for sharing this wonderful story. I have a question for you that may relate to you and your friend's work. If you were to recommend a picture book that illustrates the idea of "investigating" (and maybe even uses that big word) for preschoolers, what would it be?