The Problem with Science

Full disclosure: I’ve used another cute, somewhat misleading title. Catchy, though. On a final art deadline, so I’ll try to be succinct.

The problem, of course, isn’t with science. Science is a process — a way of explaining things — that’s been developed and refined over the past twenty-five hundred years or so. It works pretty well, and is the best tool we have for understanding why the world is the way it is.

Science does have a problem, however. There’s a widespread misunderstanding and mistrust of science and scientists in the U.S. This is causing lots of problems, or at least delaying their solution. Preventable diseases are re-emerging because parents won’t vaccinate their children, the planet is rapidly warming, stem-cell research is crippled — need I go on?

Certainly part of this disconnect — this basic misunderstanding of what science is and how it works — can be attributed to culture war fallout. The anti-science policies of the administration that is limping, at last, into the home stretch, along with the usual cast of IDers, flat-earthers, and others who are driven by something other than the quest for truth all share a little credit for muddying the waters and confusing the general public.

But that’s an old sore, and it’s not what I want to talk about. Some other time, perhaps.

I’m more interested in the problems that arise from the nature of contemporary scientific inquiry itself. These aren’t social or philosophical issues. Rather, they bring us up against the limits of human intellect and imagination. Much current science deals with the very large or the very small. The units of measurement used in astronomy and sub-atomic physics are so remote from our direct experience that they are nothing more than abstractions. The same is true of time. The impossibly short life spans of man-made elements or the billion-year intervals that describe the development of life are, once again, too extreme for most of us (perhaps any of us) to really grasp. I’m convinced that an inability to appreciate the time scale of the earth is at the root of many people’s refusal to accept evolution as an explanation of life’s diversity. It just doesn’t feel like it makes sense. 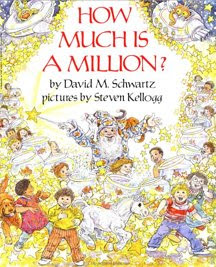 How does all this relate to science writing for children? I think giving kids a way to understand extremes of size, time and quantity is one of the most important tasks of a science writer. There are lots of ways to do this, and many authors have tackled the problem. David Schwartz’s How Much is a Million is an ingenious look at large quantities, using familiar scale references such as goldfish — and children themselves — to express just what a big number a million is. 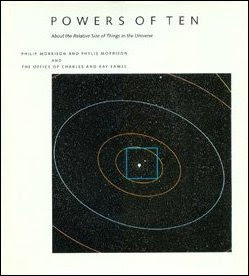 Powers of Ten, by Philip Morrison and Phylis Morrison (based on the film of the same name by Ray and Charles Eames) is not usually thought of as a children’s book, but it should be. The book begins at the scale of the universe and takes us to sub-atomic particles in a series of views, each magnified ten times from the previous one. My own book Looking Down uses a similar structure to explore a more limited range of scale. It opens with a view of the earth from space and zooms in to a ladybug in a child’s backyard. 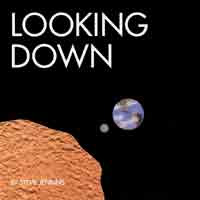 Metaphor can also help make the extreme understandable. One of my favorite examples is Richard Dawkins’ Climbing Mount Improbable (this is not a children’s b 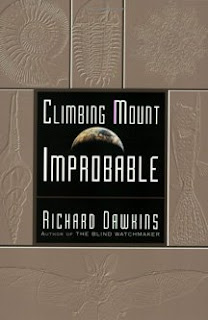 ook, but I include it because it illustrates the principal so elegantly). Mount Improbable is life, in all its complexity and diversity. Looking at it head-on, we see an unscalable cliff: how could all these marvelous organisms have just happened? They must have been designed. Dawkins takes us around the sheer face of the mountain to see the long, gradual slope that leads from single-celled bacteria to us — and everything else alive — in a series of tiny, gradual steps. It’s a slope that can easily be climbed, if we have the time.

I think that anytime we introduce a concept or phenomenon that is bigger, smaller, faster or slower than what a child can directly experience, we should provide some sort of key — a way for the reader to leverage what they already know about the world to make sense of this new information.
Posted by steve jenkins at 8:12 AM

I might add that "the problem with children's science books" is that they are marketed only to children! So many of the books we create would be PERFECT tools for educating and informing the general public on important issues of science and health ... and could go a long way toward fixing the "widespread misunderstanding and mistrust of science and scientists in the U.S."

Great points, Steve.
I often think of that yearly calendar/life on Earth scale that Carl Sagan showed in his television shows. It made a big impact to think of the last few seconds of the year.

To try to think big each day I have a link to the Astronomy Picture of the Day on my desktop.
http://apod.nasa.gov/apod/astropix.html
I recommend this for parents/kids/everyone. The photos provided are fabulous and there's just one paragraph of text so it is easy to learn and expand your mind on topics that are literally far out!

Steve's point is well taken. I book I've long enjoyed and used as a reference on matters of scale is: COMPARISONS of distance, size area, volum, mass, weight, density, energy, temperature,time, speed and numberthroughout the universe (whew! long title!) by the Diagram Group, published by St. Martin's Press in 1980. It's got everything including drawings to scale.

Reminds me of those new Ben Hillman books: How Big Is It? and How Strong Is It?. They're not as elegantly illustrated as yours, but they capture what you're discussing here about relative size. Thanks for such an amazing body of work! My students and I are big fans.