Last month  I promised an interview with Alix Delinois, the awesome illustrator of MUMBET’S DECLARATION OF INDEPENDENCE. But first I need to brag a bit about the review we got in the New York Times recently. Here it is. 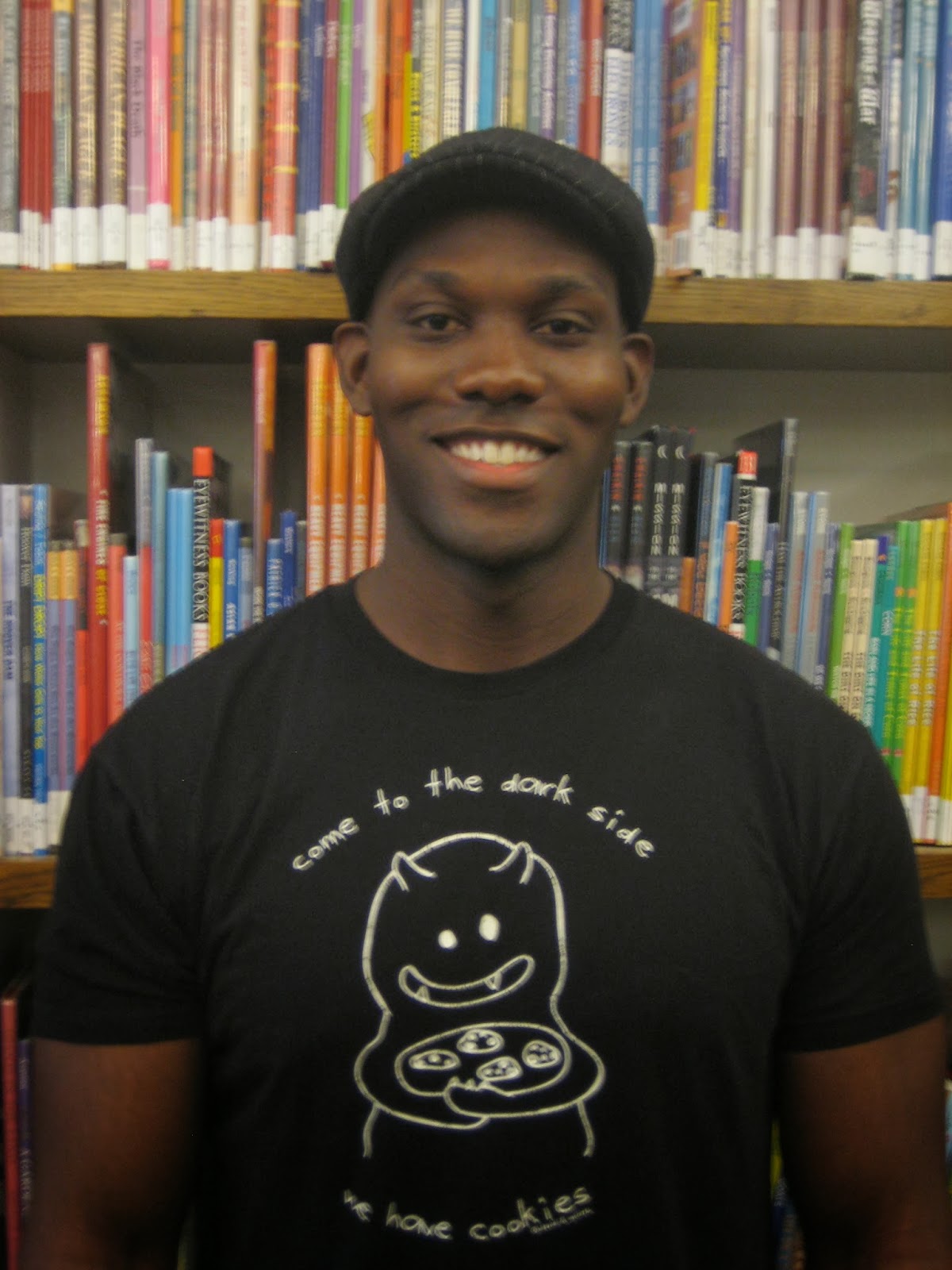 Illustrating Mumbet was a truly great experience for me. I was honored to be part of a truly inspiring story about an American pioneer whose story has been rediscovered.  I would like to thank/dedicate this interview to New York Public Library librarian Maira Liriano. Without Maira’s love, support, and professionalism I would not have been able to produce the level of work I did for Mumbet. Thank you Maira.

What attracted you to the story of Mumbet?

I was immediately attracted to the story of Mumbet because of her courage, the courage it must have taken for her to approach Mr. Ashley’s own lawyer to represent her against Mr. Ashley who happened to be the richest man in town. I was also attracted to Mumbet because she did not see her life as less than, even though she was born a slave. To have the imagination to secure her freedom was a great inspiration for me to be part of this amazing story. 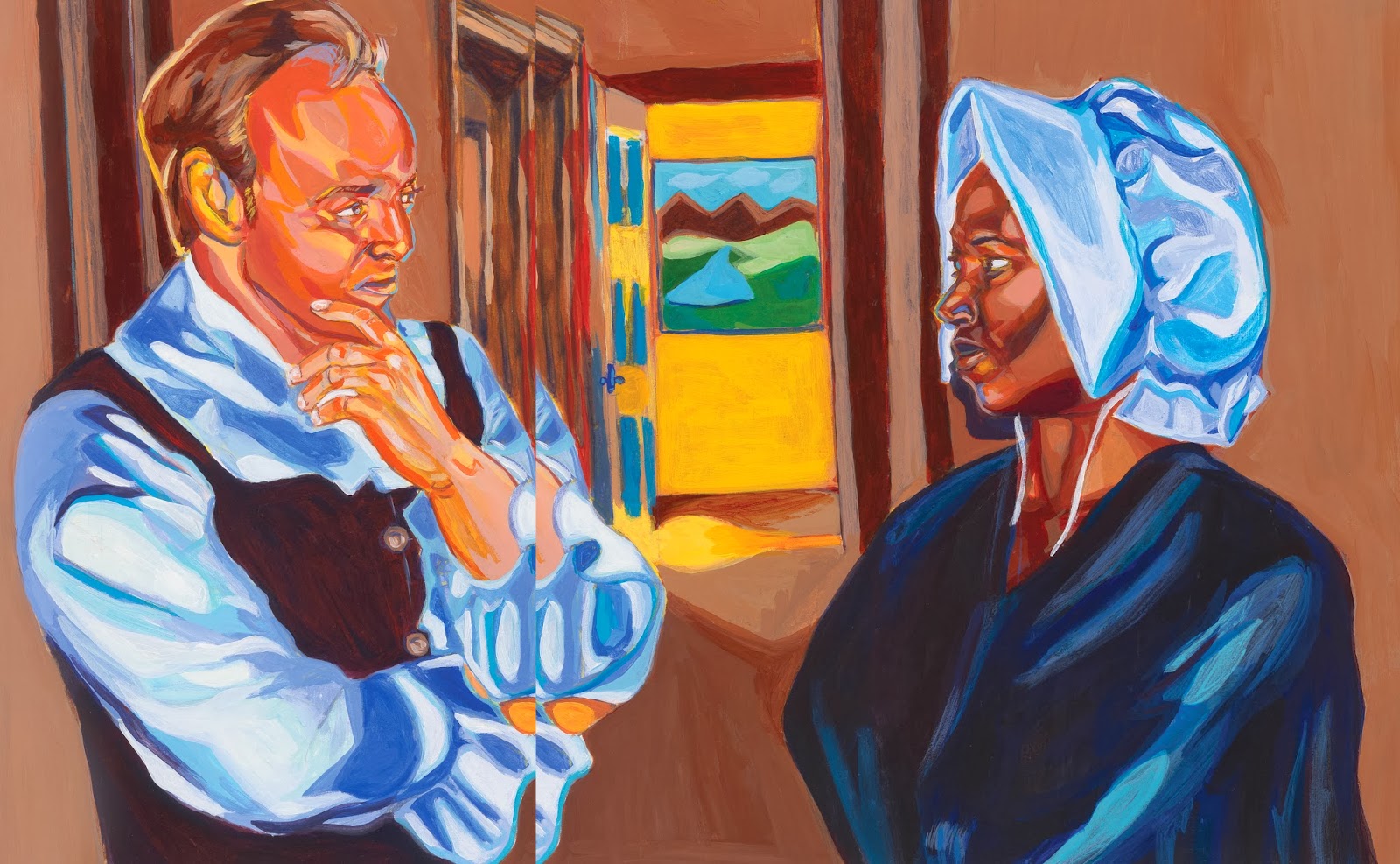 You traveled to Massachusetts to research the story. What you look for? 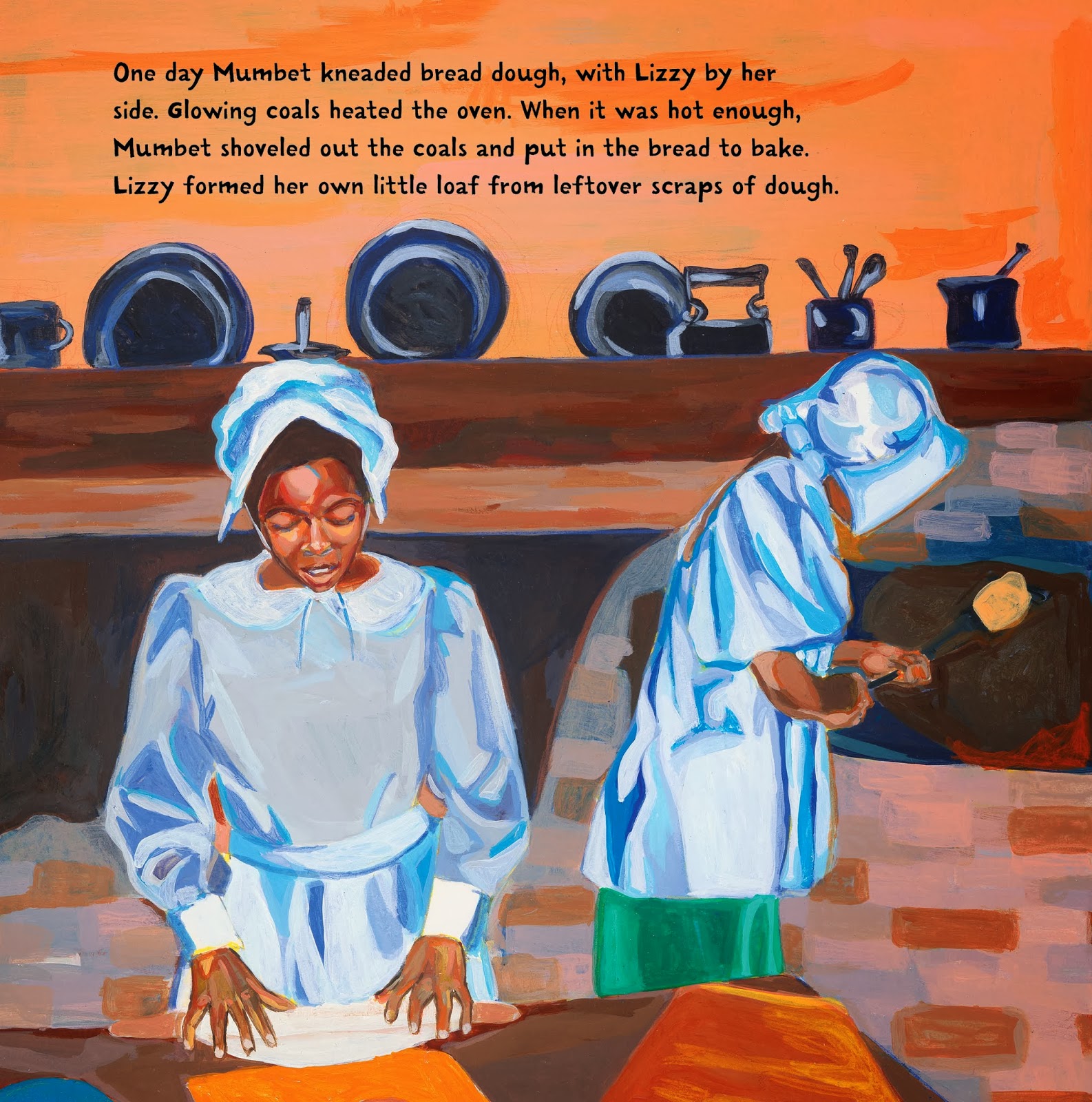 After reading the story I started to research Mumbet’s life and discovered that the home she was a slave in, has been turned into a museum. I thought the best way to bring authenticity to her story was to visit the place she called home. I also went to the cemetery to see her tombstone. I wanted to take in as much of the landscape as possible to incorporate the natural environment that I imagine Mumbet experienced.

How did you come up with the idea for the cover? 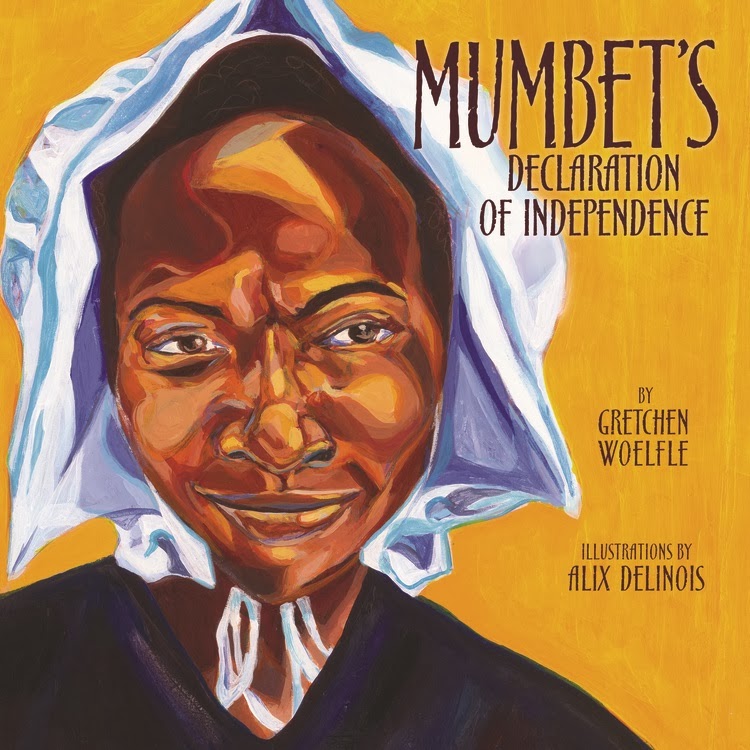 The cover was a joint effort between Carolrhoda editor Andrew Karre, art director Zachary Marell, and myself. We agreed that the cover should depict a strong and determined portrait of Mumbet. I painted the cover portrait with the words resilient, intelligent, brave, pioneer, and humbled in the back of my mind to try to illustrate Mumbet’s personality and character.

Nearly every page has at least a bit of landscape in it. What were you trying to express with this?

I think the landscape of Massachusetts was particularly important in Mumbet’s story. I feel the landscape represented her strength, vulnerability and hopeful spirit. The words in the story also influenced my decision to include a lot of the landscape in Mumbet: references about how Mumbet associated the water flowing down the river with being free, and references about how the ice, snow, etc could not wear down a mountain. It seems to me that nature was a big inspiration to her to be free. 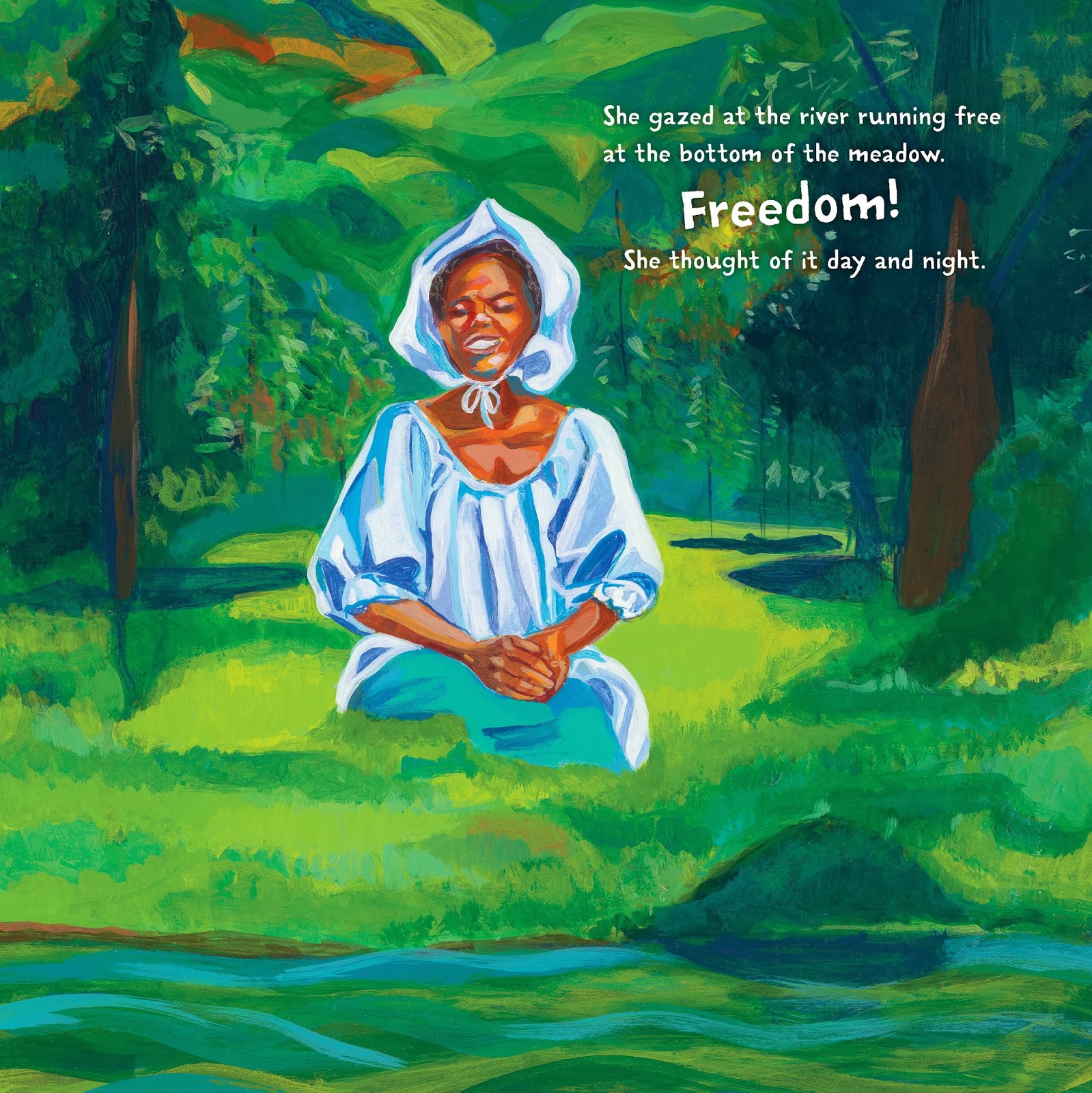 Your colors look so Caribbean! Are you influenced by your Haitian heritage?

I love colors and love to paint colorfully. My colors are influenced by my Haitian/Caribbean heritage, but also from living in Harlem. I grew up in Harlem in the 1980’s. In those days colors were everywhere and I must have absorbed a lot of the colors that I saw. I loved to walk through Harlem’s 125 Street and take in all the African/Caribbean styles and colors that were all around me. 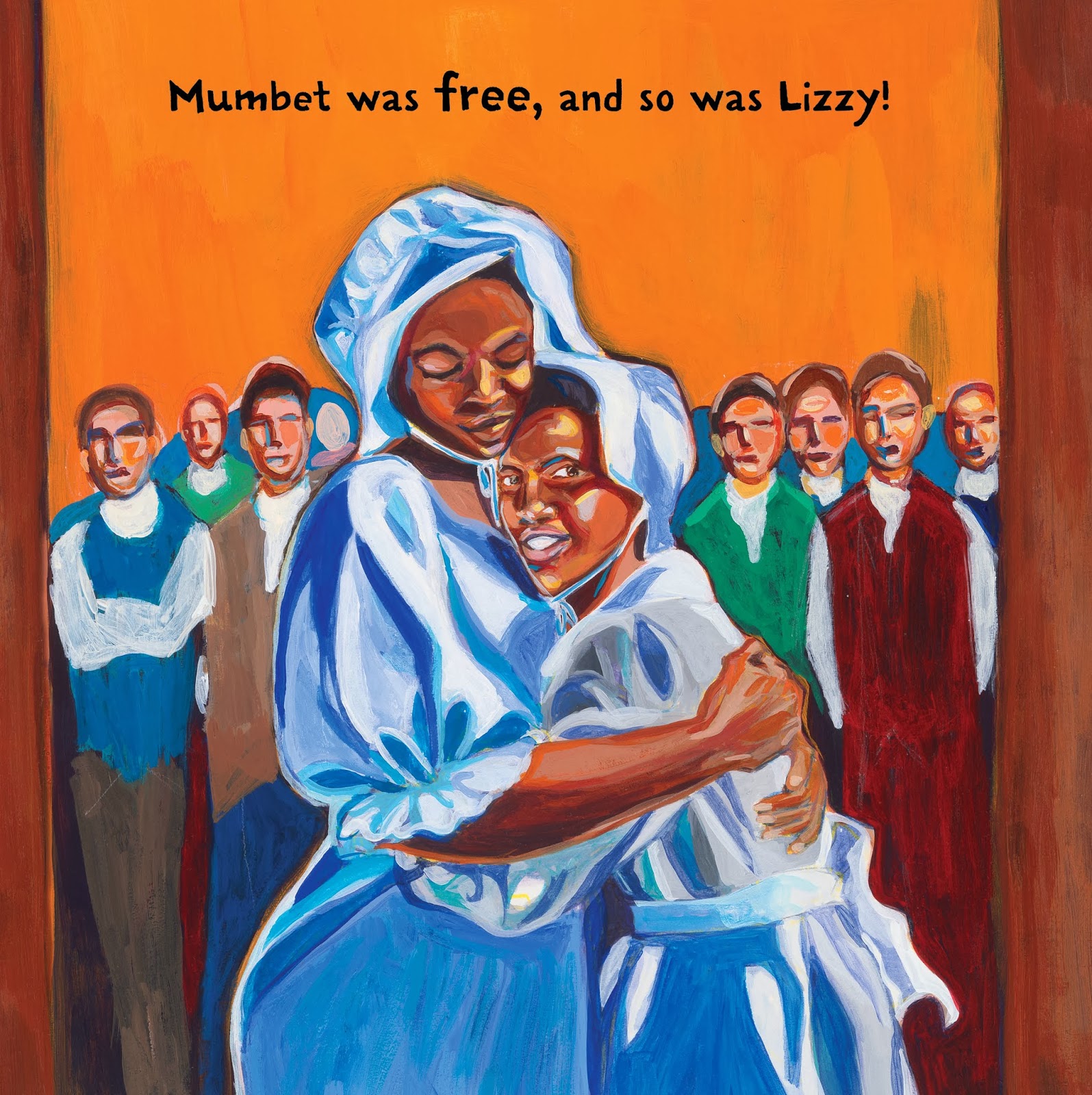 Who are your favorite artists?

The list of artists that influence me is endless. But some of the artists that stand out immediately to me are Aaron Douglas, Edward Hopper, and Claude Monet. I love Edward Hopper’s compositions, and love the use of colors in the works of Aaron Douglass and Claude Monet. Some of the illustrators I am influenced by are John Steptoe and Leo & Diane Dillon.

You’ve lived in New York City since you were a child. What do you think of New York and the opportunities for an artist there?

I think many opportunities exist for artists in NYC, even though there are many artists here. Ultimately you have to learn how to make your work stand out and be true to yourself. While there are many opportunities here in NYC for aspiring artists, artists have to make their own opportunities as well. For example, my first book deal came as a result of going to different book fairs and following up with contacts I was lucky enough to make with some of the editors. Opportunities exist in NYC, but hard work and flexibility is ultimately what worked for me. 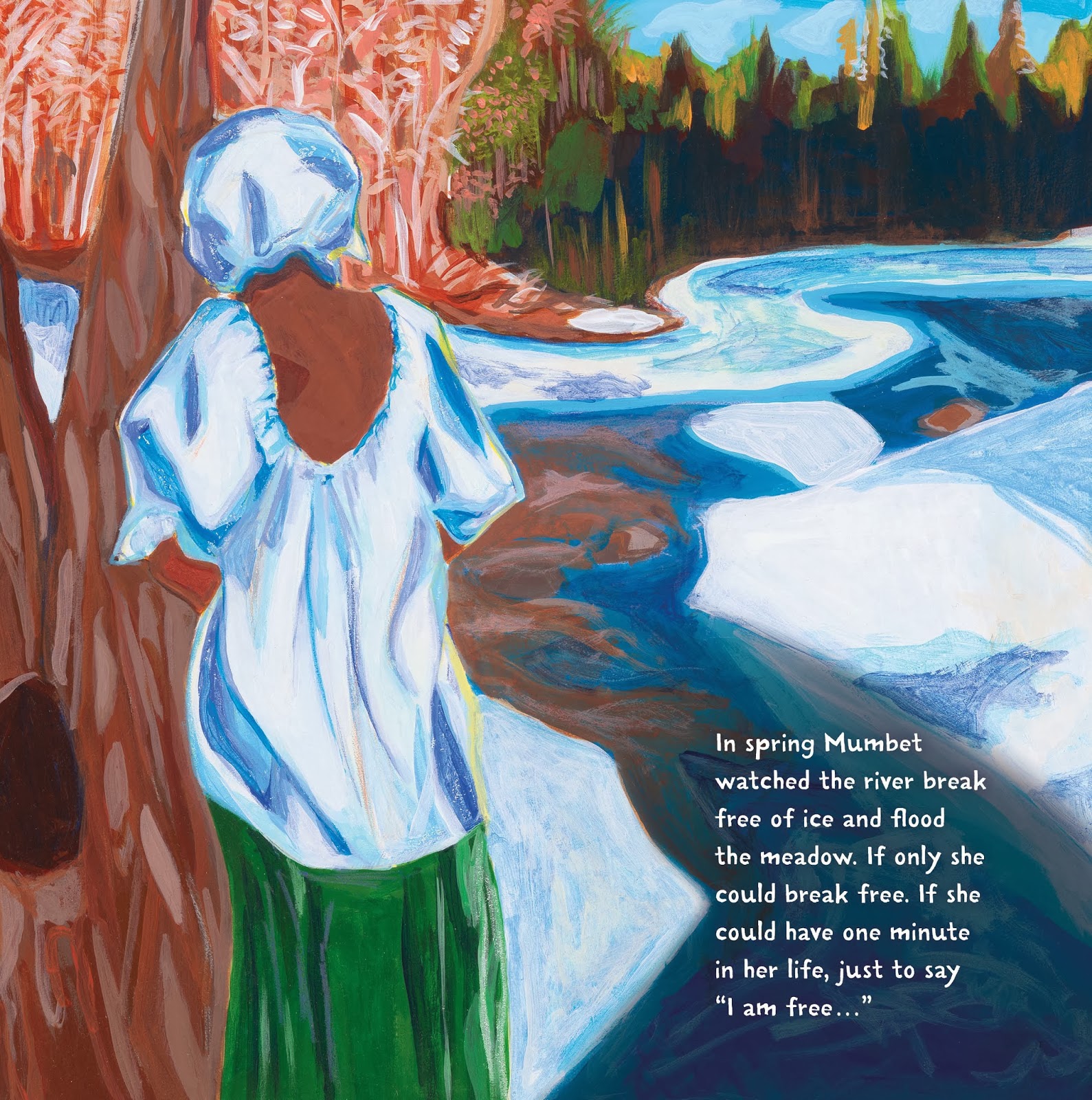 Absolutely splendid - just like the book. And what a great review. Congratulations, Gretchen.