I recently received the sketches for a picture book schedule for publication in 2014. This book, which I’ll call FEATHERS doesn’t have an agreed upon title yet. 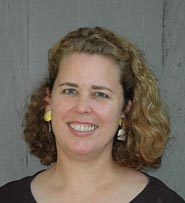 For this book, I’m working with a new illustrator, Sarah Brannen. Sarah’s artwork isn’t new to me, though. We’ve been in the same critique group for . . . well, I can’t remember how long, but I’m going to guess 8 years. We were introduced to one another by a librarian at the Goodnow Library in Sudbury, MA. (Hooray for librarians!)


I visited Sarah’s studio, saw her work, and got really excited. There were paintings of insects everywhere, and she even had a taxidermied insect collection. How cool is that?


When Sarah pulled out her children’s book portfolio, I was gobsmacked. It was wonderful. I told to my critique group and we HAD to ask her to join. It turned out another member also knew Sarah and heartily endorsed her. And Sarah has been part of my life ever since. 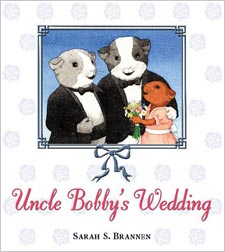 Her picture book Uncle Bobby’s Wedding came out the same season as my book When Rain Falls, and we did a lot of events together. It was a blast. And it’s been a pleasure to see Sarah grow professionally, from an unknown name to an artist with a steady stream of children’s book illustration work.


So back to my new book—FEATHERS. I worked on the manuscript for four years. Each time I brought it to my critique group, Sarah said how much she loved feathers. Some weeks she brought feathers she’d collected during walks in the woods.


About two years into the revisions, Sarah started painting feathers. Then she painted an illustration to go with one of my spreads and gave it to me. It’s been hanging in my office ever since. (It’s interesting to note that nothing in that spread remains in the final book.) 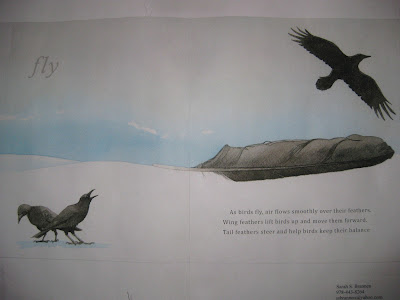 When the manuscript was accepted and the editor asked me if I had any ideas about who might illustrate it, you know what I said. Sarah.


The editor and I talked about a concept for the art, and I was happy with it. And then I found out they had, in fact, hired Sarah as the illustrator. Hooray!


At our critique group’s annual Christmas party in 2011, Sarah started talking about the sketches. She said just enough for me to realize she wasn’t doing what the editor and I had discussed. So I literally put my fingers in my ears and sang la, la, la, la. Sarah stopped talking, and we agreed not to discuss what she was doing. I knew anything I might say at that point could stifle her creativity, and that was the last thing I wanted to do.


I was nervous, but I trusted Sarah and I knew how passionate she was about the book. And I knew that my editor and art director had approved Sarah’s concept. So I waited and waited. I hoped I’d like what she was doing because I wasn’t sure what would happen if I didn’t. Would the publisher say tough noogies to me? Would I lose a friend? I just sat on my hands and hoped for the best.


So it was with trepidation that I opened the package of sketches from my publisher. My hands might have been shaking, just a little, as I opened the oversized sheets of paper. And then I took a look. Wow! They were beyond my wildest dreams.


Sarah’s sketches had brought the book to a whole new level. She hadn’t just drawn art to match my text, she’d added a whole new layer--a strong, compelling narrative thread, a backstory that simultaneously provides context for my words AND expresses what I’m all about as a writer and a human being. Simply put, I was blown away.


I wish I could tell you more about what Sarah did, but for now it must remain a secret. I’m really looking forward to seeing the final book. Too bad 2014 is so far away.
Posted by Melissa Stewart at 5:55 AM

Great to get more of a glimpse into this behind-the-scenes collaboration! Very excited to see the finished book - congratulations Melissa & Sarah on a terrific project!

I love when illustrations add a new narrative thread. It helps make a certainly that the sum of the two parts are greater than the whole.

(Read with sarcasm) Oh, this is kind of...a little bit...cruel. You got us all excited and now we have to wait until 2014!? Guess I'll have to be patient!

Seriously, it sounds fantastic. And, what an exciting process!

This is the kind of information that is helpful to share with students from elementary school through grad school. Most people are unaware of the relationships between authors and illustrators. They believe that they work closely together. These stories help us demystify the process. Thank you for this informative post.

Love posts like this! Process to me is as much fun as the finished work. I've loved and admired both your and Sarah's work for a very, very long time, Melissa! YAYAYAYA. (I've shared this blog to my Facebook page, I hope you don't mine, and if you're on FB I'd love to be friends).

An illustrator joined our group recently but just visited us a couple of times before life took over. Hope she comes again because her input was really valuable!