For the last thirty years, when spring comes to Missouri, I drive to Warrensburg to attend the Children’s Literature Festival. There over twenty-five authors and thousands of school children, teachers, and parents converge on the campus of Central Missouri State University for a three day marathon of book talks, exhibits of illustrations, and book signings. Many of the authors I’ve met there have become treasured friends. There is time to share our stories, both personal and professional, over good meals and wine. I always look forward to catching up with old friends and meeting new ones. This year I met Marlene Targ Brill, who has had an extraordinary career. She has written over sixty-five books for adults and young readers, most of them non-fiction. Her books have received awards and glowing reviews. She has taken on many subjects from much misunderstood illnesses such as autism and multiple sclerosis to biographies of heroines and heroes, both ordinary folks and famous ones. After talking with her at lunch one day between our sessions with kids, I asked if she would do an interview with me for I.N.K. So here it is with my grateful thanks to Marlene.


How did you begin writing books for children?

I’ve always liked to write and found writing came easily to me, but I didn’t actually think of writing books until I was a teacher of children with special needs. It was the dark ages of special education, and I had to make most materials for my students. I wrote stories for the class, and we created others together. I decided that I enjoyed the process and would love to reach a larger audience. I left education and began life as a freelance writer, writing anything anyone thought I could create. I would say yes to any overture and go home and read how to write it. Some things worked, and some things—well, you can guess the rest of that thought. Hence, my journey to become an author began.

What would you say are the most important elements in terms of writing non-fiction for young readers?

If I understand your question correctly, I believe the most important elements of writing nonfiction for young readers are the same elements that make good writing of fiction: grabber opening, strong character(s), and a compelling story/journey broken down and written in an understandable, informative, and interesting way. I would add accurate research to find wonderful and exciting tidbits that make the story/topic come alive. That goes for both types of writing.

What is the difference between writing historical fiction and non-fiction. Is one more difficult than the other?

What is your research process?

I was once asked to speak about research, and I was surprised to discover that I indeed have a research process. Who knew? I usually begin with the general, the gestalt, about a topic/character and move toward the specific. What I mean by that is I might start online, say with Wikipedia, or with some encyclopedic overview to get a feel for the topic or time or person and to learn what might be available elsewhere to locate other primary sources. Then I begin investigating the specific details of setting, someone’s life, or historical events. I try to look at a topic from different perspectives. Most important, whenever possible, I dig through primary resources, the fun detective part, as I’ve read many I.N.K. authors do. I travel to places where someone lived, view their homes, schools, places of employment, and interview friends, colleagues, and family members. In lieu of family, I try to track down anyone who knew someone who can give me clues, sometimes at local historical societies or specialty libraries. You get the idea.
How do you choose your subjects?

Essentially, anything that strikes my fancy is fair game for a manuscript. I’ve gotten ideas from vacations, my family, driving along the highway and seeing a double rainbow. I’m easy. But the topics that grab and hold my interest most are those that satisfy one or more of my goals for writing: to make nonfiction fun and enjoyable (Tooth Tales from around the World, the only nf history of the tooth fairy); to write more women and girls into history (Women for Peace, Winning Women in Baseball & Softball, also Ice Hockey, Soccer, Basketball), to build understanding of others who might be different, so people get along better (Autism, Tourette Syndrome); and to empower young readers (Broncho Charlie and the Pony Express, Margaret Knight: Girl Inventor).

Were you able to interview the Obamas? Any interviews that meant a great deal to you?

I wrote the first edition of my Barack Obama book before he was even elected to Congress, so while I didn’t interview family, I was able to find teachers from all his schools, friends, and colleagues who were kind enough to let me interview them. I particularly enjoyed my discussions with Barack’s elementary school teachers at Punahou. They were so proud of him and only had kind things to say. By the time I wrote the update (Barack Obama: President for a New Era) and the biography of Michelle Obama (Michelle Obama: From Chicago’s South Side to the White House), their inner circle was tightly controlled, so I had to be more creative. But being that we were all from Chicago, I was able to track down teachers and work colleagues and political associates using means someone from out-of-state might not have known. For example, one lead came from my doctor. After I told him I was working on MIchelle’s biography, he said he had another patient who worked with her and gave me his number. So much for HIPA—but I was grateful and this contact led to a wonderful interview with a man who was Michelle’s boss on a project with Northwestern University.
Tell us about your most recent book.


My most recent book, Annie Shapiro and the Clothing Worker Strike, is my most personal. Not only is Annie’s story a Chicago story, but Annie was my sister-in-law’s aunt, so research about what people might have thought or said came from family. Hannah Shapiro, Annie to her colleagues, was the 17-year-old Russian immigrant who walked out of a Hart, Schaffner & Marx sweatshop in 1910 because the shop boss lowered pay to keep more for himself. Fifteen coworkers followed. Ultimately, the girls encouraged 40,000 workers from Chicago and Milwaukee to strike, effectively closing down the men’s clothing industry. Annie’s walking out led to organizing that resulted in work changes, new laws, and formation of the Amalgamated Clothing Workers Union 15 years later. Talk about empowerment to make changes when life is unfair. How cool is that?

What are you working on now?

I have several projects going at once, including ghostwriting vegetarian food recipe and restaurant review columns for the Chicago Tribune. My update of Tourette Syndrome comes out any minute. I’m all over the place and, of course, writing and sending out nonfiction and historical manuscripts.

To learn more about Marlene’s amazing books, please go on her website: www.marlenetargbrill.com 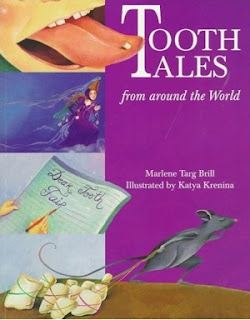 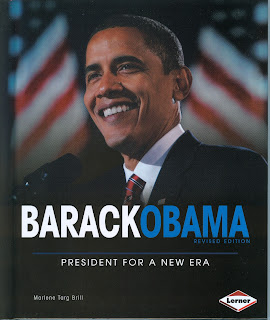