How Do We Know What We Know? 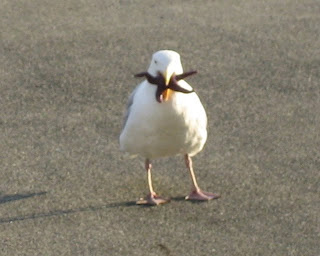 I am probably writing this blog post too soon because it is a thought process in progress. But that also suits the topic. I’ve been thinking about this question a lot lately, I just haven’t figured it out. But I might never figure it out. So here goes:

How do we know what we know? Or another way of putting this is: how can we be sure that what we know is true? That it won’t be disproved in a month, two years, a decade?

I read a lot about diet and exercise and weight loss and keeping weight off. O.K., who doesn’t? This topic is everywhere, all the time, and each article promises the Answer in the headline. And never really delivers. Because there’s always another study or expert to contradict. Here are just a few of the things I’ve learned from reading articles and books lately:

I could go on, but you get the idea. Weight loss and exercise and health is just one of the areas where this is prevalent. What about the discovery that the great Roman Vishniac faked some of his photographs?

I have begun to think that there are very few things that we really do know. Death and Taxes, right? But my husband just finished a book about scientists who think maybe we don’t have to die after all. We being not necessarily us, but our descendants. Yes. Maybe our great grandchildren won't die. But that defies everything we know now to be true.

O.K., then, so how do we know what we know, and how do we know what we don’t really know and how do we deal with the uncertainty not just in our lives but MORE IMPORTANTLY when we are writing for children? Those children trust us to tell them the truth. But truth changes. Facts are disproved. New truths are discovered. Books are bound and printed. Sometimes you can make changes in a later edition, but that doesn't help you to nail down what the truth is NOW as you are writing.

I've been thinking about this not only as I read but also as I start work on my new long non-fiction book. This book will present some problems because I just may not know the answer to everything, may not know the whole truth. It's not science, but it's history, and just like science, history can be a murky thing.

At a school visit last week, one of the PTO mothers asked me what happened if I was writing a non-fiction book and I just couldn't find something out. "Does it change the course of your writing?" she asked. The answer is: sometimes. Sometimes it changes the course of your writing, sometimes you have to figure out a way to finesse it. Usually when you can't find something out, you veer off to the side, or you go in a different direction entirely. Or you fill in what you can in a way that works almost as well. For example, I couldn't say in Charles and Emma exactly what Charles Darwin thought about God because I couldn't get into his head or even interview him (I'm good, but not that good). I could however, present what he had written at different times of his life. That is as close as I could get to the truth. But the question that people ask me all the time that I could not answer in the book is: What was wrong with Charles? What made him so sick? Will I ever have the answer to that? If I do, would I dare to publish it? What if new information came out that proved otherwise?

Sometimes you are lucky and you can write about something that you don't know for sure in a way that owns up to the uncertainty. That's a great way for our readers to begin to understand that truth can be slippery.

Speaking of luck--sometimes what you know changes in the course of writing a book, and that's a great thing. Back in 2001-2, I was working on a photobiography of John F. Kennedy. Between the time I said yes to the editor who wanted me to write the book and the time I had to turn in my first draft, there was new information discovered about J.F.K.'s health and his family's hard work to suppress his illnesses. That became a central theme of my book High Hopes. If I had written the book a year earlier, that theme, that truth, would not have been there. Now I just read that there are newly found interviews with Jackie Kennedy that will be published in a book. How different High Hopes might have been if those had been available. There might be new truths in those interviews that will supplant what I thought were truths. I very likely would have written a different book.

A similar bit of good fortune occurred while I was working on Charles and Emma. The people at The Complete Works of Charles Darwin Online published images of Emma's diaries. Her entries gave me truths I would not have had otherwise. They were golden puzzle pieces that helped me put together the story, the truth. The truth as I came to see and understand it.

You are probably wondering why I have the picture of the seagull with the starfish. A few years ago on the ferry from North Vancouver (where we had taken a harrowing hike) back to Vancouver, we watched this poor seagull try over and over again try to swallow that starfish, but he just couldn't figure out how to get it down. Too many points. He kept turning it around and around but no matter how he turned it, he couldn't swallow that starfish. I am not sure why, but that for me is symbolic of this problem.

Posted by Deborah Heiligman at 7:15 AM

I'm so glad to see Deborah tackling this difficult subject because I've been thinking about it a lot too, for a variety of reasons.

When I do my school visit program that focuses on the research process, the students and I spend a lot of time discussing ways to find reliable information on the Web. But then I ask if they can really be sure about any fact they uncover—even if they can verify it in 10 different places. Maybe they all trace back to the same misinformation. I often find text from wikipedia repeated verbatim on site after site. Recent analyses show that many sections of wikipedia are more accurate than we previously believed, but still.

And that’s just the tip of the iceberg. Despite our best efforts to be accurate and timely, new research findings frequently negate previously accepted truths. Here’s an example.

Last week I read a new scientific paper that makes one section of my latest book, just published on April 1, out of date. At this point, a reprint is far in the future. Just think about all the kids who will get the wrong information and carry it with them for years. Of course, I’ll mention the problem during school visits, but I can’t reach all my readers this way.

I’ve also been thinking about this topic because recently some nonfiction writers, including James Frey and Ben Mezrich, have been caught playing fast and loose with the facts, tweaking them as they saw fit to create a better story. I wrote about my disdain for this kind of behavior on my own blog a few weeks ago: http://celebratescience.blogspot.com/2010/03/behind-books-does-story-reign-supreme.html But comments to my post shows that not everyone is so passionately opposed to it as I am. And I find that alarming.

So the question is: What is our responsibility to our readers? Even if we are diligent researchers, information does go out of date. New information is uncovered that reshapes our overall understanding of an event or a historical figure. In the end, I think we need to acknowledge that we just have to do our best and whenever possible do precisely what Debrah mentions in her post “write about something that [we] don't know for sure in a way that owns up to the uncertainty. That's a great way for our readers to begin to understand that truth can be slippery.”

All this uncovering -- in science, in history -- all our attempts to figure things out, remind me again and again that 'knowledge' is a human endeavor.

I love CHARLES AND EMMA for lots of reasons, but especially because it so vividly shows how very human science is. We think of scientific facts as being absolute truths, and yet -- they are shaped by the men and women who 'discover' them and 'explain' them to the rest of us.

Same with history -- what REALLY happened. Well, what happened is related by men and women who do their best (we hope!) to uncover the truth, but history really is just a best guess.

This leaves me feeling that attempting to make sense of the world (science, history, losing weight, whatever) is absolutely valuable, and, just as absolutely, a life-long quest.

In science, published procedures allow each person to replicate other people's work. When I wrote the biography of Marie Curie, I was impressed with how eagerly she and her colleagues awaited each others' publications and how they each rushed off to their own labs to verify findings. Information procured by such replicable human behavior becomes a "body of evidence" and gives gravitas to scientific truth.

Of course, interpretations and models based on such scientific findings become another reality with additional ambiguities. So it becomes clear that one has to define the parameters for defining a truth. This kind of discussion is the basis for the discipline of philosophy. My head hurts, too, Deb! Maybe the truth is that there are just too many points on the starfish for that sea gull to swallow. (I mean that metaphorically.)

This post gives me an excellent excuse to use one of my husband’s favorite words, epistemology: The branch of philosophy that studies the nature of knowledge, its presuppositions and foundations, and its extent and validity. At least according to Answers.com. Anyway, what we like to say is one should arrive at a conclusion about what is a "fact" based on the evidence available at the time... but be willing to update a belief based on new, reliable evidence.